Taking a healthy bite of the Bronx

Long before the Atkins diet, the South Beach Diet, and Weight Watchers, Bronx resident Marie Singletary was given to snacking on vegetables.

She was not following a regime, just a habit.

For Singletary, who moved to New York City from South Carolina as an adolescent, eating raw produce was a part of life.

“I used to eat stuff straight from the field. I loved raw cucumbers, tomatoes, garden peas.” She said many people she grew up with had the same healthy eating habits.

And no, they did not eat raw vegetables because they were dieting.

“Those things were delicious—better raw than cooked.”

Recently, Singletary joined the ranks of health advocates and providers in combating obesity and its many related issues.

On Mon., Nov. 26, Lincoln Hospital celebrated the launch of its first bilingual cookbook, crafted in collaboration with area seniors from Central and South America, the Caribbean and Nigeria, all intended to represent the rich diversity of the South Bronx and the culinary customs of the community at large.

Sweet Bites, Savory Sensations: Bronx Home Cooking is the first cookbook of its kind in the Bronx.

Iris Jiménez-Hernández, Health and Hospitals Corporation Senior Vice President and Lincoln Medical Center Executive Director, organized a similar project when she was the Executive Director of the Woodhull Medical and Mental Health Center in Brooklyn.

“She has a great track record with seniors and food,” laughed Lilliam Barrios-Paoli, Commissioner of the New York City Department of the Aging.

Jiménez-Hernández said it was a whole-community endeavor.

“It’s not a cookbook; it’s a collaboration. It began with the seniors and their willingness to share their traditions and recipe,” she explained.

Jiménez-Hernández said that she received around 100 recipes.

The cookbook features 44 of them, including Singletary’s Glazed Chicken Wings.

While the recipes have been modified to reduce fat, sodium and sugar content, they still maintain their flavorful essence.

The cookbook will be distributed at Lincoln Medical Center to at-risk patients.

Chef Diane Barrett, a registered dietician, was tasked with making simple, healthy adjustments to the recipes, which came from kitchens all across the Bronx, and represent the culinary diversity of the borough.

“So many of our traditions are healthy, but we’ve lost track of that. We need to remind people of all the beautiful flavors in traditional cooking,” she said.

Barrett said a return to traditional cooking would do more than just improve health. “It’s how we can change the landscape of supermarkets,” she noted.

Indeed, the recipes call for fresh produce, and homemade sauces.

If adopted and followed, the demand for many processed foods, with their chemicals, higher sodium content and unpronounceable ingredients, would be eroded in favor of customers asking for fresh foods.

Luckily for Bronxites, they will not only be able to consume the sweet bites and savory delights at home, but also in several restaurants throughout the borough.

El Valle Restaurants, Glen Roy’s Tavern, Havana Café and Yolanda’s Restaurant will be featuring select dishes from the cookbook, and offering them at a 10 percent discount. Pioneer Supermarket is also offering 5 percent off select healthy items on Wednesdays.

While it is unlikely that readers will be able to adapt the same hand-to-mouth dining Singletary had in South Carolina, they will be able to enjoy her self-named recipe: Singletary’s Glazed Turkey Wings, a dish that hints to her Southern roots.

The turkey wings are baked, lessoning the amount of fatty oil needed for frying. Singetary’s recipe, as it appears in Sweet Bites, Savory Sensations, calls on curry powder, rosemary and honey, for a thrilling combination of flavors.

Singletary is proud of her delicious contribution to the health of community. “It’s nice to do something the people can benefit from. I like to help people.”

She was also happy to try samples of others’ recipes from the cookbook, which were shared at the launch with much fanfare and gusto.

Her favorite was the garlic shrimp. “It was very tasty and not too spicy.”

Singletary said she would try the recipe at home.

Even local elected officials joined in the culinary experience.

New York State Assemblymember Carmen Arroyo was not present at the cookbook launch, but her Chicken Casserole with Celery Root holds a place in Sweet Bites, Savory Sensations, and also in George Rodríguez’s heart.

“It gave me memories of my Mami,” said Rodríguez, who is the chair of Lincoln’s Community Advisory Board.

Rodriguez’s mother, who died at the age of 96, and was, according to Rodríguez, very active, made a similar rice and celery dish.

Rodriguez had praise for collaborative effort behind the cookbook. “It is a model that should be followed in all hospitals.”

Ramos, who came to the Bronx via Puerto Rico, was happy to see that two of her recipes had made their way into the cookbook: her alcapurrias and her beans with pig feet.

She looked at the glossy photograph of the healthy version of the alcapurrias in the cookbook.

“This is different,” she remarked.

The new variation called for the alcapurrias to be baked, not fried, as Ramos usually makes them.

Ramos’s recipe came from her grandmother, but she was not averse to trying out the baked variation. “I’ll try to follow it,” she said.

“It’s definitely worth a try,” added her daughter, Miriam Diaz, who is long-accustomed to her mother’s recipe. “The essence of the actual food is still there.”

Ramos was certainly proud to have contributed to the cookbook. “It’s the first time I’m in a cookbook,” she said with a proud smile.

While copies of the cookbook will be distributed at the hospital, they can also be obtained by logging into Lincoln Hospital’s website at http://www.nyc.gov/hhc/lincoln/cookbook.

En pointe at the hospital 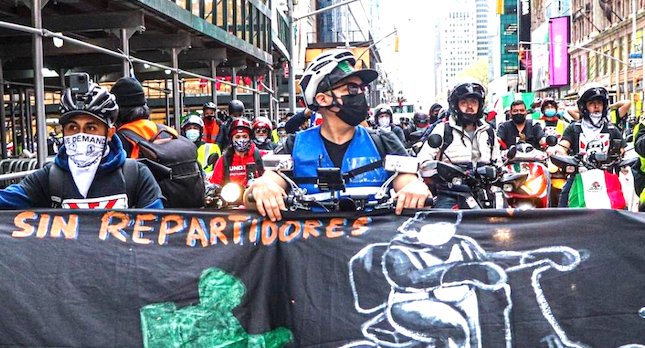