Putting the celeriac in cafeteria

Add to the list yet another holiday involving food.

And a new hotspot with fresh and healthy selections, and international cuisine.

This past Wed., Nov. 6th was National Healthy Eating Day, and one institution celebrated by unveiling a new menu – and free apples.

The menu will be available to all visitors to the hospital – patients, personnel and visitors.

All will be able to select from the same healthy menu, which will include dishes such as sesame chicken, Dijon-crusted herb fish, and braised pork loin.

“That’s the entire point of what we’re doing today. We want to show that there’s no difference between the quality of [what] we serve our clientele in both the hospital and cafeteria,” said Matthew Krimsky, Senior Executive Chef of Mount Sinai’s Food and Nutrition Services.

Among the new ingredients will be a few old ones.

Ancient grains such as millet, amaranth, faro and kamut and seasonal vegetables like daikon radishes and celeriac will be featured, promised Krimsky.

The Compass Group, which manages the food aspects of the hospital, will do its best to use mainly seasonal produce, sustainable seafood, cage-free eggs, and hormone and antibiotic-free meats.

While the hormone and antibiotic-free foods generally come with a high price tag in the grocery store, the prices will remain the same at Mount Sinai, promised Krimsky.

He attributes this to better purchasing and better “menu-ing.” In using the same produce and proteins for patient meals and cafeteria meals, larger quantities of each item are being purchased, and that means better prices.

Patient meals, of course, will be modified as needed based on dietary needs.

However, across the board, the hospital will be using less salt, no hydrogenated oils and will be drawing flavor from reductions, seasonings and acidic foods like vinegar and lemon juice. Also omitted from the new culinary arsenal is soy sauce, which has high levels of sodium.

The samples offered to all visitors on Wednesday included arroz con pollo (chicken with rice); honey apple roast pork with garlic mashed potatoes, and assorted desserts, including banana pudding parfait and black pudding parfait. Rather than relying on heavy cream, the parfaits are made with Greek yogurt to reduce cholesterol and fat content.

The idea is for the community to be encouraged as a whole to strive to make better, healthier choices.

“If the employees aren’t healthy, we can’t take care of our patients.”

Oliver predicts that one of the things the employees will appreciate the most is the greater array of options.

María Vázquez and Sharon Cricklow-Perkins, both employees at Mount Sinai, were certainly enthusiastic.

They tried the chocolate mousse and lemon pudding.

“Nice. This is delicious. It tastes homemade,” said Cricklow-Perkins. 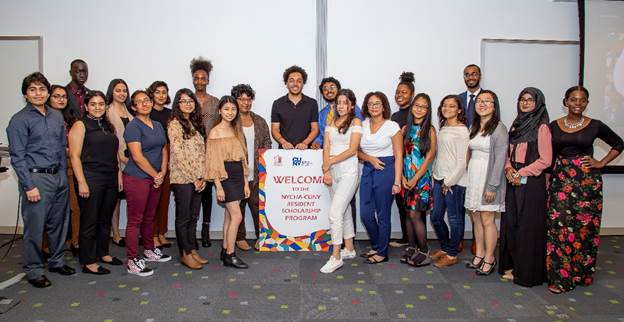