These ladies don’t lunch – they lift.

The Iron Maidens Raw Open, an all-female powerlifting competition, will be held on September 7.

And for the fourth consecutive year, participants are raising money for a scholarship to benefit Grace Outreach, a nonprofit that helps low-income women with high school equivalency, college and career programs.

Since 2015, the Iron Maidens powerlifting event has sponsored the Stay Strong Scholarship Fund, raising more than $90,000 to help send 15 undocumented women to college, all of them clients of Grace Outreach.

“Each year, we’ve been able to start women in college or keep them on a trajectory to finish,” said Danae Mcleod, Executive Director of Grace Outreach.

This year’s competition will feature 60 participants, including Tawanda Kerr, a past scholarship recipient who recently graduated from Lehman College.‎

While being aided by the scholarship, Kerr’s immigration status changed and she was able to receive New York State tuition assistance.

Grace Outreach assists about 300 women per year. The organization, founded in 2004, features an intensive 12-week program to prepare women for the high-school equivalency test, and also helps with college preparation and applications, as well as job placement.

“We’ve seen people come to us with no prospects for finishing high school,” Mcleod said. “Without furthering their education, they wouldn’t be able to obtain jobs that support them.”

“We want to be able to give them control and get them out of these cycles of poverty,” she added.

The scholarships send the women to City University of New York (CUNY) colleges, paying up to 80 percent of tuition, Mcleod said.

The Stay Strong Scholarship Fund got its start after Mcleod, who was lifting regularly with the Iron Maidens, collaborated with the group’s founder Margie Lempert to add a fundraising component to athletic activities.

“On the surface, lifting and education are different pursuits, but there is a lot of self-actualization that happens with both and each requires tenacity to succeed,” she said.

Lempert explained that she finds it rewarding to hear success stories from scholarship recipients, who often report that they would not have gone to college without the assistance.

“One recipient shared…that the funds allowed her to quit a job that kept her away from her five-year-old daughter at night. She’s able to make a better opportunity for herself and her daughter,” Lempert said. “Unfortunately, it’s a really difficult moment to be an immigrant in this country, so I’m proud that we can use this competition to empower immigrant women who are trying to improve their circumstances.”

Mcleod and Lempert both encourage Grace Outreach students to give powerlifting a try.

“I lift and some of our staff and students lift. You don’t need to be a professional to do it,” Mcleod said.

“Strength training is an invaluable activity that supports pretty much all other sport, as well as life generally,” Lempert added. “I believe having some competency with barbell movements, and using them to get even little bit stronger than you are now, will only improve your quality of life.”

Mcleod said the current political climate, which has immigrants in the U.S. feeling under attack, increases the importance of the work Grace Outreach does.

“Most of our students are DACA students and they’ve been in the U.S. since they were kids,” she said. “The reality is that the women in our program are scared. They don’t want to go to their country of origin. They’ve never known another country but the U.S.”

“This [scholarship] shows them they deserve to be here and we want to help them anyway we can,” she said. “It rewards persistence ‒ the grit and determination to keep going during hard times, which is exactly what our students are facing and this captures the essence of the Iron Maidens.”‎ 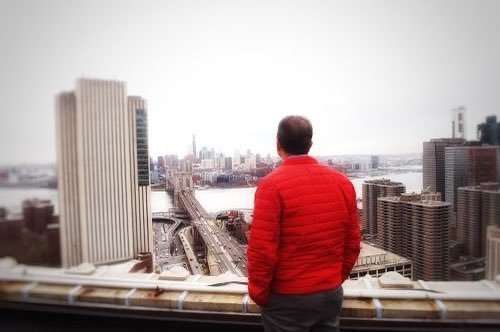