Bronx businesses received far fewer loans and grants from Covid-19 assistance programs run by the NYC Department of Small Business Services (SBS), according to an investigation by the office of City Comptroller Brad Lander.

Lander, the city’s fiscal watchdog, recently released a pair of new audits that point to stark disparities in how financial assistance was disbursed.

After the onset of Covid-19 in March 2020, SBS rapidly launched two assistance programs to aid suffering small businesses — a zero-interest loan and a partial-payroll grant.

In the audits, the Comptroller’s office determined that funds were not distributed equally across the five boroughs.

The Bronx saw the fewest loans and grants relative to its share of potentially eligible small businesses, Lander said, while Manhattan received far more than its share.

Though Manhattan accounts for 41.3 percent of the city’s small businesses with fewer than 100 employees, Manhattan businesses received 56.9 percent of the no-interest loans issued through the program, and the businesses were highly concentrated in Midtown and its surrounding neighborhoods, the audit said.

In comparison, the Bronx saw both the smallest number of loans approved and the smallest dollar amount distributed, receiving 2.2 percent of the SBS loans. Only nine out of 519 Bronx business applicants received loans.

For the payroll grant program, Bronx businesses received only 3 percent of grant money while Manhattan businesses earned over 63 percent of the funds, the audit said.

“While we acknowledge the urgent context in which the [programs were] established at the very onset of the Covid-19 crisis, and we recognize SBS’ achievements in standing up a complex program with a very short turnaround time, significant shortcomings were found in the implementation of the program, and areas for improvement have been identified,” auditors wrote.

The review also determined that SBS’ review processes did not sufficiently ensure the accuracy of the eligibility requirements.

For the loan program, the Comptroller’s audit team reviewed 76 of the awarded applications and found that 39 applicants did not meet one or more requirements. In addition, SBS also disqualified 45 loan applicants. Of these, 15 met the eligibility requirements and should have been considered, auditors found.

The audit team also reviewed 74 of the awarded grant applications and found that SBS awarded 16 grant applicants who did not meet one or more requirements.

Lander visited small businesses in the Bronx’s Westchester Square Business Improvement District on December 9 to discuss the audits’ findings and the impact of the pandemic on their operations.

“Small businesses weave the vibrant fabric of our city’s local economies and cultural communities. When the pandemic halted activity in March 2020, the city mobilized swiftly to keep thousands of local businesses afloat, but poor administration of these programs meant our public resources were not distributed equitably. Better oversight and more targeted outreach and eligibility criteria for future programs will help ensure that the Bronx is not left behind again,” Lander said.

The audits listed a series of recommendations for SBS, including: implementation of multi-level or secondary reviews to ensure staff are following procedures and determining eligibility correctly when evaluating applications; and requiring applicants to submit federal tax returns and additional tax record information.

The Comptroller’s office noted that SBS generally did not agree with the audit’s findings; however, the agency stated that it had implemented six of the report’s seven recommendations and would take steps to address the remaining one.

Regarding the high number of relief loans and grants the agency issued in Manhattan, SBS spokesperson Josh Jamieson pointed out that Manhattan suffered the highest rate of pandemic-related business losses.

“It is important that anyone reading this Comptroller’s report also know that in a report issued earlier this year, [Lander’s] office found that ‘while the net number of businesses in New York City as a whole declined during the two years, losses were disproportionately concentrated in Manhattan while the other boroughs saw growth or small declines,’” Jamieson said.

Jamieson explained that the “extent and impact of the pandemic would not be known for months and as such, SBS expected that these programs would provide stop-gap relief to businesses before a more comprehensive federal aid program would become available.” In addition, the SBS relief programs were launched quickly after the Mayor’s emergency declaration regarding Covid-19, and before a geographical impact from the pandemic was known, he said.

“In general, SBS worked as quickly as possible to manage unprecedented demand for this program, which was designed and implemented in record time,” Jamieson said. “Given the evolving nature of the pandemic and State regulations, it was impossible to plan ahead for changes in eligibility requirements. Similarly, it would have been impossible to estimate where the pandemic would be most detrimental to small businesses and commercial corridors.” 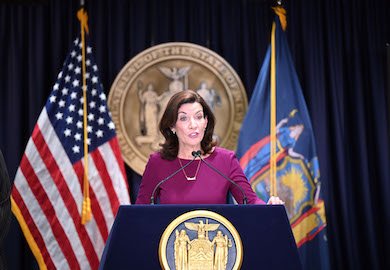 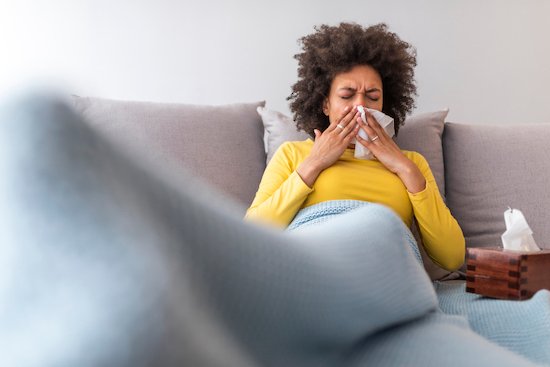 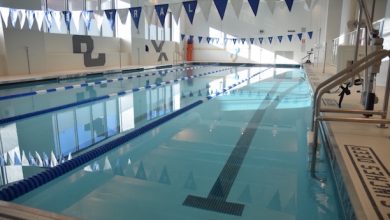 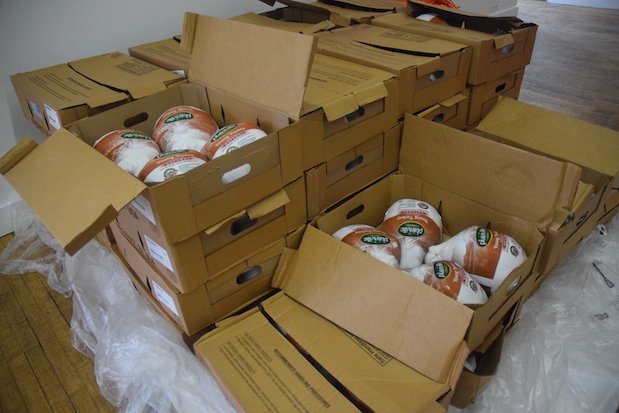