What’s In A Year?

July 1 is the first day of the new academic year. I am in the middle of reading a book with the word “year” in it (#2 below), and with travel restrictions easing, I am already thinking about family travel plans for next year.

With all these “years” in mind, and with this being the time of year that many take vacation, today’s Five on Friday highlights five books that contain “year” in the title. Novels, memoirs, and self-care genres, none of them claim to be books about mental health. For me, they all tell stories that are intimately linked to mental health. The Year of Magical Thinking. This memoir by Joan Didion won the 2005 National Book Award for Nonfiction. It is a tender, heart wrenching, and disarming account of grief in response to the sudden death of her husband, John Gregory Dunne, and the severe illness of their daughter, Quintana. We have all engaged in magical thinking at times in our lives – wishing so badly for a desired outcome that we do things that we (magically) hope will make the impossible possible. Didion’s experience of magical thinking in the year following Dunne’s death included carefully holding on to his shoes until he returned. Grief is a normal, healthy response to loss. When grief persists and causes extreme suffering and impairment, it is recognized as a mental health condition called Prolonged Grief Disorder. The core symptoms include a longing for and preoccupation with the deceased, along with emotional distress and significant functional impairment. According to Columbia professor and expert on complicated grief, Dr. Katherine Shear, prolonged or protracted grief is most common among those who have lost a romantic partner or a child, or when a death is sudden or violent. The good news is that specialized psychotherapy can be of great benefit. Every Day Lasts a Year. Author Richard Hollander was catapulted into the role of historian when he discovered letters from a family he never knew. Shortly after his parents tragically died in an automobile accident in 1986, he discovered correspondence from his father’s mother, three sisters, and their husbands and children that were written from Krakow, Poland, between 1939 and 1942 to Hollander’s father. In Every Day Lasts a Year, Hollander shares letters that recount his relatives’ daily courage and the extraordinary stress they endured as Polish Jews leading up to the Holocaust. He learns for the first time of his father’s persistent efforts to bring his family to the United States to no avail. In his singular story, he tells a history of millions of Jews who persisted until they perished in the Holocaust. The mental health themes of resilience, social connection, and intergenerational trauma are told with compassion and skill. Younger Next Year: Live Strong, Fit, and Sexy – Until You’re 80 and Beyond. When we are young, we can’t wait till the next birthday arrives with the accompanying growth, capacity, and increased privileges. As we get older, our priorities shift to minimizing the wear and tear of the years and slowing down the experience of aging. In this NY Times best seller, Younger Next Year by Chris Crowley and the late Columbia internist Henry S. Lodge MD, readers will find evidence-based guidance for optimizing healthspan as much as lifespan. Based on Harry’s “seven rules,” Crowley and Lodge provide clear recommendations on physical activity, nutrition, cognitive engagement, social connections, and commitments – all of which impact overall health and longevity, and all of which are core to mental health.

Year of Wonders. This bestselling novel by Geraldine Brooks is set in another time, but its themes feel eerily familiar. Year of Wonders is inspired by the true story of the remote English village of Eyam in 1665. It is told through the eyes of a housemaid named Anna Frith. As a plague descends upon their community and death knocks on every door, the community loses not only those who succumb to the plague. The deadly threat, and related uncertainty about how to contain it, fuels fear, political fighting, and witch-hunting, which puts the whole fabric of community at risk. Anna emerges as an unlikely heroine who finds the strength to bring compassion, truth, and leadership in these dire circumstances. A year of catastrophe becomes instead annus mirabilis, a “year of wonders.” Whether we are talking about the Black Plague of the seventeenth century or today’s world, we have ample evidence that leadership like Anna’s matters for our health, including our mental health. In Five Years. Author Rebecca Serle delivers a powerful and moving love story in her novel, In Five Years. Dannie Kohan is an ambitious lawyer who has spent years strategically working towards the day in the book that unexpectedly turns her life upside down. She falls asleep content in knowing that she has the job of her dreams with the love of her life by her side. It is all turning out according to her five-year plan. Until she has a vision of five years into the future that she cannot shake when she awakens. Sharing her vision only briefly with a therapist, Dannie carries on in her life until the vision and reality intersect in ways that call on us to consider assumptions we make – both knowingly and unknowingly. Dannie’s complicated journey shines a light on such assumptions when it comes to love and friendship. Dannie’s story poetically and poignantly captures the ways in which relationships impact our mental health, and vice versa.

A year is a convention of measurement that humans employ to help us keep track of our stories. Real and imagined. We have personal new years (birthdays), secular new years (January 1), academic new years (July 1), religious new years (Rosh Hashanah), cultural new years (Chinese New Year), milestone new years (wedding anniversaries), and more. These books remind us that whatever the year, real or imagined, mental health is part of the story. 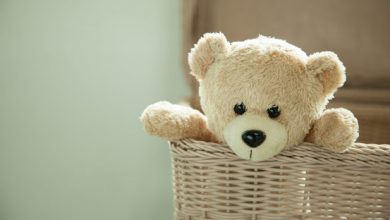