It’s uptown for the swing.

The jazz standard “Take the A Train” was first composed in 1939, and it became one of Duke Ellington’s signature songs once he and his band introduced it in 1941.

The weekend-long event will be held from March 9 to 11 and will feature 12 different bands performing at three venues across three days.

It is presented by JazzWahi, a cohort of uptown jazz musicians and educators that formed in 2014 over a mutual love of jazz.

Louise Rogers, who co-founded the festival as well as JazzWahi with her husband, musician and composer Mark Kross, said the goal of the festival is to foster a greater appreciation for the genre in Northern Manhattan.

“We want to show people that jazz can be accessible, and also spotlight the talented musicians that are right here,” said Rogers. “About 50 musicians are performing at the festival, and most of them are from the local community.”

The festival will kick off on March 9 with a performance at Kismat Bar from a jazz trio led by Rogers, a longtime vocalist and recording artist. She also works as a music teacher and has written several books on jazz.

Other performances will be held at local restaurants Le Cheile and Las Tapas, with Saturday’s schedule featuring a concert for kids.

“Jazz is surprisingly appropriate for children, and we’re looking to connect with them at a young age,” Rogers said. “It’s all about participation and making them feel like they’re involved in the performance.”

In addition to the children’s show, 10 other bands will perform throughout Saturday and Sunday.

Tickets for the kids’ performance are $10 per family. Full-day tickets for Saturday’s festival are available for $40 in advance or $50 at the door, while tickets to see individual acts are $10 per band.

Festival performances on Friday and Sunday are free of charge.

The group’s website also includes a listing of music instructors in Washington Heights.

JazzWahi hosts a weekly jam session, every Wednesday at La Cheile from 8 to 11 p.m. What began as Rogers, Kross and a few friends has turned into a budding ritual.

“We’ve had over 200 musicians attend these sessions since we started three years ago,” Rogers said. “It’s been a great opportunity to meet people and form our own little jazz community.”

Rogers said she and Kross hoped to build the festival into something bigger as well.

“We’re hoping it becomes an annual thing,” she said. “We’d love to see it grow and become something that people look forward to.”

For more information or to purchase tickets for the festival, visit www.jazzwahi.com. 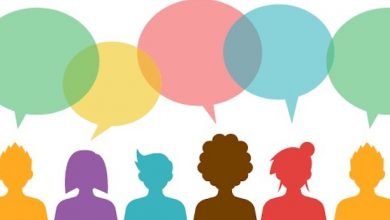