The Minimum is Moral Every year, the top hedge fund managers make over a billion dollars each for betting on the stock market.

New York has more hedge funds and more billionaires than any other state in the country.

At the other end of the spectrum are working New Yorkers like Olivia Djokoto, a Bronx homecare worker. She works 12-hour shifts at $10 an hour taking care of elderly men and women who need help bathing, dressing, eating and taking their medicine.

Olivia and her husband, Peter, who is also a homecare aide, work in what has become one of the fastest-growing jobs in New York.

Yet, Olivia and her family are mired in poverty and struggling to put food on the table. Her four children must rely on Medicaid for their healthcare needs and every week brings hard choices between food, clothes, utilities and other basic necessities.

Olivia, a registered nurse in her native country of Ghana, and thousands of other homecare workers need a $15 minimum wage to even come close to making ends meet. 56 percent of New York homecare workers are forced to rely on public assistance, including 30 percent who are on food stamps.

“A $15 minimum wage would make a tremendous difference to our family and all homecare and healthcare workers,” she says. “We dedicate our lives to caring for others, and we just want to be able to care for our families. Is that too much to ask?”

There are thousands of hospital, clinic, nursing home and pharmacy workers in New York State who also make around $10 an hour. In all, over 3 million working New Yorkers would benefit from the $15 minimum wage – 37 percent of the workforce. The types of workers who make less than $15 may surprise you. The vast majority are adults over the age of 25 who are working full-time jobs, and they include nurse assistants, childcare workers, airport workers, security guards and even adjunct professors.

New York State has one of the highest levels of economic inequality in the nation. The poorest congressional district in the country is in the South Bronx, where over a third of the residents live in poverty. This dangerously extreme inequality threatens our bedrock values, drags down our economy and undermines our democracy. The top hedge fund manager in 2014 made over $3.5 million a day. Do hedge fund managers really contribute that much more to society than those who care for our children, parents and grandparents?

No one who works hard and contributes productively to society should be trapped in poverty. That is why 62% of New Yorkers support Governor Cuomo’s proposal to gradually raise the minimum wage to $15 by 2018 in New York City, and by 2021 in the rest of the state.

Contrary to misinformation by the right-wing and big corporations, a higher minimum wage actually boosts the economy and improves the quality of life for all communities. The Economic Policy Institute found that raising the minimum wage would be a “catalyst” for new hiring and that low-wage workers are “more likely than any other income group to spend any additional earnings they receive, largely because they must in order to meet their basic needs.” Of course, this is not just about boosting the economy. It is also a moral imperative that gets to the heart of who we are as New Yorkers and what kind of state we want to be. Opportunity, security and dignity cannot be the exclusive reserve of the wealthy few. All hard-working New Yorkers must be able thrive here, build a better life for their children, and share in the American Dream.

Olivia hopes that the hearts of our state’s legislators and business leaders will be touched, and they will take bold moral action to ensure a $15 minimum wage for working people.

If we succeed in raising the minimum wage in New York, we can lead the entire nation toward a more just future where hard work is rewarded.

George Gresham is Chairman of the Mario Cuomo Campaign for Economic Justice and president of 1199SEIU United Healthcare Workers East.

Everyone deserves to be counted
Todos merecemos ser contados 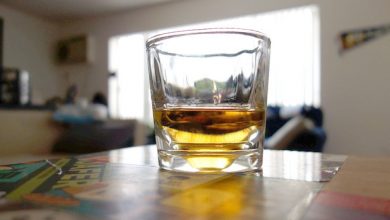 “This saved my life”
“Esto me salvó la vida”