Don’t kick them out.

Homeless LGBTQ youth and advocates rallied on the steps of City Hall on August 24 to call for the city to extend the age that homeless youth can receive housing in Department of Youth and Community Development (DYCD) programs up to 25 years old.

Currently, young people are forced to leave DYCD youth shelters at the age of 21, and often end up on the street due to waiting lists at adult homeless shelters.

“You’re basically kicked out when you’re 21, even if you have no place else to go,” said Skye Adrian, a member of VOCAL-NY, who currently resides in a shelter. “Ageism has been a problem for a long time.”

Advocates said the policy unfairly hurts those who identify as LGBTQ, as they are afraid to go into the adult shelter system due to increased risk of physical and sexual violence.

Carl Siciliano, Executive Director of the Ali Forney Center, said the Department of Homeless Services shelter system is inhospitable to LGBTQ youth. He said he’s encountered LGBTQ youth who have been beaten, robbed and sexually abused in adult shelters.

“It can be a traumatic place for them,” Siciliano said. “It’s so bad that some choose to stay on the streets instead, which puts them at even greater risk, of HIV, of violence.”

“If you don’t have access to stable shelter you have no means of turning your life around,” remarked City Councilmember Ritchie Torres.

In April, Governor Andrew Cuomo amended the age for youth shelter beds to 25 on a state level, but Siciliano said the same must be done by the city.

“We work so hard to give them a sense of stability, then we undo all of that by putting them into an unstable situation,” he said.

Amanda Moore, an advocate with Black Lives Matter, said she is about to lose her spot in a DYCD shelter as her 21st birthday is approaching.

“I have no idea where I’m going to go,” said Moore, who is on a waiting list for an adult shelter, but was told she’d have to wait up to two months for an opening. She said she might be forced to sleep on the street in the interim.

“We’re getting thrown out to the wolves, basically,” Moore remarked.

A City Hall spokesperson said the de Blasio administration had made “an unprecedented investment to enhance services for runway and youth homelessness,” which included funding 500 additional youth beds in shelter.

“We are committed to helping these young New Yorkers rebuild their lives, and look forward to reviewing further guidance from the state,“ the spokesperson said in an email.

Currently, there are only a handful of organizations that provide beds to youth after they turn 21, advocates said, including Ali Forney Center, Sylvia Place and Trinity Place. These sites receive private funding to do so, Siciliano said.

Travii, who is currently staying at Ali Forney, said she considers herself “lucky” to get into a shelter that allowed her to stay after age 21, and called on the city to increase the number of beds for homeless youth.

“My biggest fear was turning 21 and still being homeless,” she said. “How can someone focus on school or work with the knowledge that as soon as your shift ends you’ll have to worry about where you’ll sleep at night?”

Serving up a solution
Sirviendo a una solución 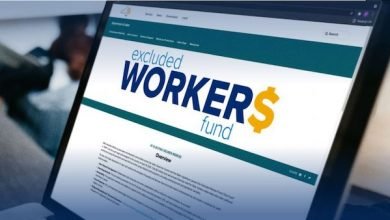