First, the roundtable; then, the arrests.

A host of local Congressmembers, led by Rep. Adriano Espaillat, convened for an immigration discussion titled “Moment of Truth” on Sept. 19th at the Hispanic Federation headquarters. The group later took to the streets for a coordinated act of civil disobedience on Fifth Avenue and were arrested.

Espaillat convened the roundtable to discuss next steps following the Trump administration’s move to dissolve the Deferred Action for Childhood Arrivals (DACA) program.

Clarke acknowledged the fear that exists among immigrants under the Trump administration, but called on them to stay strong.

“This is not the time [to be afraid],” she said. “We’re feeding right into the strategy of those who individuals who want to divide and conquer us when we do that.”

The lawmakers implored the entire immigrant community to join the fight the preserve DACA.

“You know how you’re going to protect the undocumented? By the millions of documented citizens in this country raising their voices for them,” he added.

Currently, DACA recipients whose permits expire after March 5, 2018 are not eligible to apply for an extension.

Espaillat said that passing a DREAM Act bill in Congress was the ultimate solution, as the status of many DACA recipients was hanging in the balance.

“We’re fighting to get this done as quickly as possible,” he said. “For those who cannot apply [for an extension], we have a network of legal services with funding from both state and city government that will provide each individual legal advice. Each case is a very different case.”

Serrano called on his colleagues across the aisle to work to pass the DREAM Act.

Hispanic Federation President José Calderón said his agency was working to help DACA recipients whose permits expire between September 5 and March 5, 2018. Those with permits expiring in that window are eligible to apply for a two-year extension, which must be filed by October 5.

Calderón noted that the cost of a renewal application is $495, which he said was cost-prohibitive for many DREAMers.

“Right now, we’re covering the fee on an emergency basis depending on need,” he said. “We’re hoping some of our partners in the private sector will also jump in so we can increase that fund. It’s an immediate way of responding and supporting our DREAMers during this time of insecurity.”

Angela Fernández, Executive Director of the Nothern Manhattan Coalition for Immigrant Rights, said her organization is teaming with the Hispanic Federation and the office of State Senator Marisol Alcantara to host a free screening for immigration benefits on September 23 in Inwood.

The event will be held at Washington Heights Academy at 202 Sherman Avenue in from 9 a.m. to 5 p.m.

“We’ll have 20 pro bono attorneys there for private consultations,” said Fernández. “We’re urging anyone who has questions about their eligibility for possible benefits to attend.” 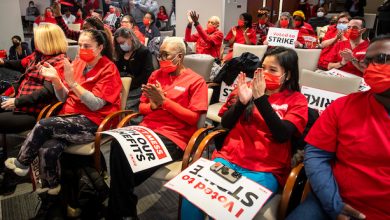