Lenno Carter smiled broadly as the house lights went back up at the Maysles Documentary Center in Harlem.

The Bronx resident had just finished presenting a short documentary that he filmed.

Carter is not a professional filmmaker, however.

At least not yet.

He had just completed a free, 12-week filmmaking course in the South Bronx, sponsored by NeON Arts and taught at the Maysles Documentary Center.

NeON Arts, a project of the NYC Department of Probation, offers young people in New York City, including those on probation, the chance to explore the arts through projects such as music, poetry, dance and visual arts.

Throughout the intensive filmmaking course, 11 participants from the South Bronx NeON (Neighborhood Opportunity Network) office, where people meet where their probation officers, received a crash course in the basics of documentary filmmaking, were provided cameras to film a subject of their choice and taught to use editing equipment to create the final piece.

On Sat., Nov. 15th, the filmmakers gathered to screen them in Harlem, presenting works that fit under the topic “Films for Change.”

“The goal was to create short documentaries to make the audience think,” said Napoleon Felipe, who collaborated with fellow participant Jonathan Olivo to create a film about the impact of technology on human relationships.

“Our film shows that while technology makes communication easier in many ways, it can also create a barrier to human interaction, since people spend so much time on their smartphones,” said Felipe.

Other short films focused on spirituality, the effect of domestic violence on families, and the career of Brooklyn-born comedian Ricky Barrino.

In the first part of the Barrino documentary, the comedian spoke emotionally of his time in prison, where he said he realized what he was meant to do in life.

“I realized that it was my calling to become a comedian and make people laugh,” said Barrino. “One of the best gifts God gave us is laughter.”

Carter, who filmed the piece on Barrino, said he was thrilled to learn the nuts and bolts of making a documentary.

“You start learning the tricks of the trade,” said Carter.  “And you start feeling like a real professional.”

Carter and Barrino stated that they are looking forward to taking the film class again, which will be offered starting on November 24.

“This is a wonderful thing for the community, and I’m really grateful I got to do this,” commented Barrino.

For the 12-week class, participants could make a film on any topic they wanted, said Stefani Saintonge, an educator at the Maysles Documentary Center.

“We gave them their own cameras to use during the project, and they filmed everything themselves, on their own schedule,” said Saintonge.

“They really had a lot of freedom.”

“It’s a very hands-on program right from the start,” explained Christine Peng, Education Director at the Maysles Documentary Center. “From day one, they’re using a camera.”

The ages of the participants spanned from 18 to 70.

“It was a diverse group, so we had an incredible range of opinions and personalities,” said Peng.

At the start of the filmmaking course at the Bronx NeON location, participants immediately began practice-filming, interviewing each other as well as probation officers before setting out to film on their own.

For the last few weeks, participants hunkered down at the Maysles Center to work on editing their film.

Peng said that the Maysles Center also offers a Junior Filmmakers class on Saturdays, where children 10 to 13 years old can learn the basics of filmmaking and create their own documentary.

Carter’s son Taliq, 10, is currently a student in the children’s class.

“It’s a lot of fun,” remarked Taliq.  “And you get to use different kinds of equipment.”

The Bronx NeON office also sponsors a weekly poetry workshop, titled Free Verse, that many of the filmmaking students also take part in.

“I think it’s empowering for people to have these opportunities,” remarked Peng.

“These are great creative outlets for them.”

Those who created the short films said they were grateful for the chance to express themselves.

Felipe, an avid film buff prior to taking the class, said the program inspired him to want a career as a filmmaker.

“It made me understand what I want to do with my life,” he stated. “It had a profound effect on me.”

Unlike Felipe, participant Tiffany Marrero admitted she had no real interest in filmmaking prior to the workshop.

“I was more intrigued by working with other people than I was in the process itself, to be honest,” she said. “But once I took the class I was hooked, and I can’t wait to take another one.”

Marrero said that the class instilled her with discipline, as a considerable amount of work went into creating the finished product.

“Also, it teaches you how to work well with people, who are going to have different viewpoints,” she said. “It’s like making a soup — you have all these different ingredients, but if you blend them together correctly, it comes out great in the end.”

For more information on NeON, go to www.nyc.gov/html/prob/html/neon/neon.shtml. 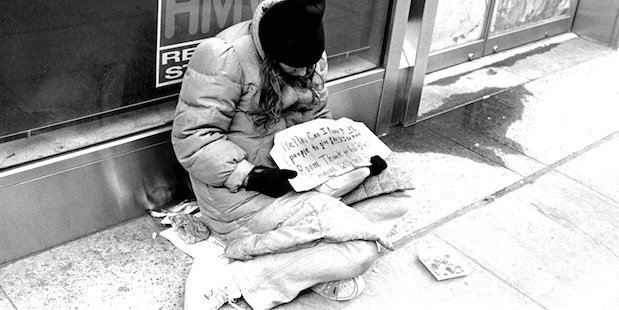 Making “Blue Waves” in the Bronx