People who obtained services from two fraudulent immigration organizations are eligible for compensation from a $2.2 million restitution fund, according to a recent announcement from the New York State Attorney General’s office.

But the services rendered were neither free nor provided by actual lawyers.

“Thousands of immigrants who had their trust abused and their money stolen by these organizations deserve to receive compensation, and now they can,” New York State Attorney General Eric Schneiderman said in a press release.

The deadline to file compensation claims is Oct. 23.

Anyone who had had dealings with these two companies should file for restitution, said Yisroel Schulman, President and Attorney-in-charge of New York Legal Assistance Group (NYLAG), the organization appointed as receiver of the two not-for-profits and selected by the state to oversee the claim process.

“We found numerous cases of individuals who did not receive appropriate immigration assistance,” said Shulman.

NYLAG has already sent out more than 5,000 letters to former clients of IFF and IPA. “We’ve reviewed more than 18,000 files, impacting somewhere between 35,000 and 40,000 individuals.” Not all of them received fraudulent services, he added.

While some clients might have received adequate service, the not-for profit organizations illegally charged exorbitant fees.

“Every former client that comes forward is eligible for compensation,” Shulman said.

Court papers alleged that the two organizations, both headed by Edward Juárez, advertised their services as low-cost or free, but in reality charged monthly fees and thousands of dollars for filing paperwork. In addition, the legal advisers were not lawyers and nor were they accredited by the U.S. Board of Immigration Appeals.

This arrangement violated the companies’ not-for-profit status. According to IRS rules, IPA and IFF should have charged legal fees based on the client’s ability to pay, rather than the type of service provided.

A lawsuit filed in 2010 by the State Attorney General’s office stated that undercover investigators met with representatives of both companies. In both instances, representatives falsely claimed to be lawyers and gave incorrect advice.

One IFF employee advised an undercover investigator to “find a ‘wife’ and file a marriage petition or find an employer to sponsor him,” even though those actions would have no effect on his immigration status. Court documents also showed that one client, an Argentinean immigrant, sought legal status for himself, his wife and five children. He paid thousands of dollars in “membership” fees for several years and thousands more for non-attorneys to file documents.

Yet because he had entered the country under a visa waiver program, he was never eligible for a change in immigration status. Ultimately, the U.S. Immigration Customs Enforcement required the client and his family to return to Argentina.

Court documents further alleged that Edward Juárez, the founder and president of both IIF and IPA, operated the not-for-profits to favor himself and his family instead of the immigrant population they proclaimed to serve.

Edward Juárez, who is not a lawyer, also offered legal advice and promoted his two companies in an immigration column for El Diario La Prensa. The Spanish language daily suspended the column in 2010.

In 2010, the court issued a restraining order on both companies and froze their assets. In 2013, a settlement with New York State shuttered the two businesses forever and prohibited Juárez from engaging in immigration legal services or acting as a fiduciary for any not-for-profit corporation or any entity that solicits charitable contributions in New York State.

Funds from the settlement are being distributed to the former clients.

“By making more than two million dollars in restitution available for the victims of these unscrupulous organizations, we are taking an important step toward justice in this case. I urge all eligible individuals to participate in the claims process, without fear of reprisal,” Schneiderman said in the press release.

To be considered for restitution, former clients who paid for and received legal services from IIF and/or IPA must submit a claim form by October 23, 2014. More information is available at the claims administrator’s website, www.nylag.org/IPA. Questions relating to the completion and submission of a claim form should be directed to the claims administrator via email to restitution@nylag.org or the fund hotline at 212.514.4265. The amount of each individual restitution payment shall be determined after receipt and review of all eligible claims forms.

Revving up to slow down
Acelerando para reducir la velocidad

Lehman Community To ‘Take Back the Night’ 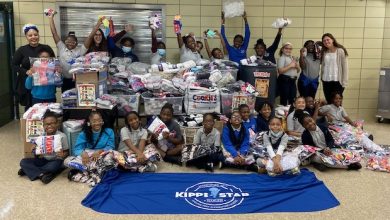