Story and photos by Monica Barnkow

It is not marijuana.

“Call it poison, call it anything, but don’t call it marijuana,” insisted Bridget Brennan, the city’s Special Narcotics Prosecutor, during the state’s First K2 Summit, held on October 9th at Jacobi Medical Center.‎

“K2 has devastated families and destroyed lives from upstate to downstate,” said Klein. “We need to stop this public health epidemic.”

K2, also referred to as spice, is a mix of dried herbs and chemical additives that, when smoked, mimic the psycho-active effects of marijuana.

“Let’s not be misleading,” said Dennis Romero, Regional Administrator for the Substance Abuse and Mental Health Services Administration, who urged attendees to not underestimate the product’s potency. “It is not ‘synthetic’ marijuana.”

The substance is marketed as “herbal incense” and can be bought legally at bodegas and other stores across the country at relatively low cost, usually for a few dollars a packet. It can also be purchased online.

Though K2 is labeled as “not for human consumption,” it is understood that most buyers are seeking to smoke the product.

The substance is manufactured primarily in China and India and imported to the United States.

Dr. Mary Travis Bassett, Commissioner of the city’s Department of Health and Mental Hygiene, said the manufacture of K2 was inexpensive and could be conducted, in a completely unregulated fashion, far outside laboratories.

“It is a backyard kind of activity,” said Bassett, adding that use of the substances had become popular in Europe before it hit the United States.

Bassett also provided a profile of K2 users, based on data gathered from emergency room visits in city hospitals. The median age for K2 users was 37; 99 percent of users were 18 years or older.

In the past year, there have been 4,500 K2 emergency room visits in the city, and one confirmed death. Bassett said that numbers have been dropping, and attributed the decrease to the ongoing efforts by multiple agencies to raise awareness and ban the substance. But she warned that the fight was long from over. Particular attention should be directed, she urged, on neighborhoods with high incidence rates.

“There are hot spots in East Harlem, Washington Heights and Inwood and parts of the Bronx,” she said. The Commissioner also noted that the substance was appealing for a number of reasons, chief among them was availability and affordability.

“It is too easy to find, appears to be legal and it is cheap,” observed Bassett. In addition, she said that part of its appeal was that, unlike marijuana, it didn’t show in urine-based drug tests.

Deirdre Canaday’s son Aaron died unexpectedly in September 2011. She attributed his death to his use of K2, and said that the product – sold in colorful, shiny packages – was deceptively alluring and purposely designed to attract young people.

“It is poison in candy wrap,” she said. Her son, she said, had been naïve to believe the product he smoked, which was labeled “Mr. Nice Guy,” was innocuous.

“When you lose your child, you lose all the hopes and dreams that you ever had for them,” said an emotional Brennan. “You lose everything.”

Since Aaron’s death, Canaday has become an advocate, and is committed to banning K2.

She conceded that it would be an arduous battle.

“This is a multi-billion dollar industry, second only to human trafficking and legal arm sale,” she said.

Efforts to get K2 off the streets have recently been set in motion.

In August, Klein introduced legislation to strengthen penalties on store owners selling synthetic cannabinoids. The legislation would fine owners $2,000 for their first offense, $5,000 for the second offense, and the third would result in the loss of the store owners’ liquor, tobacco and lottery license.

The legislation is yet to be voted upon in Albany.

In late September, Senator Klein together with Councilmember Ritchie Torres, launched a campaign – billed “KO K.2” – together with the Bodega Association of the United States (ASOBEU, as it is known by its Spanish acronym) to halt the sale of K2 in bodegas.

“In total, we have seized over 10,000 packages of K2,” reported Julie Menin, Commissioner of the city’s Department of Consumer Affairs, adding the licenses would affect business owners “where it hurts the most,” as a large part of these stores’ revenues are derived from the sale of tobacco and liquor. Romero agreed that K2 manufacturers and distributors knew how to run a successful business.

“It is a perfect business model,” he said, adding that the product was not only inexpensive to produce and sell, but also skillfully targeted youths.

“It is a true public health issue,” he said.

Another K2 summit is scheduled for November 16th at Brooklyn Law School.

Requests for Gifted and Talented Programs 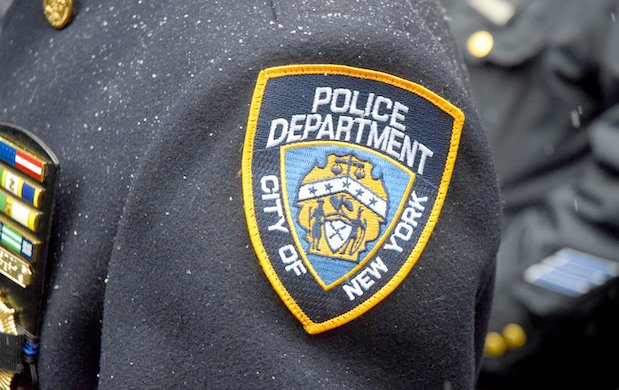