It’s a pier for the public.

The first public accessible waterfront site in the Bronx south of East 149th Street is coming.

The funding, announced on July 8th, will support the stabilization of the vacant, derelict site, and would be the first capital project implemented by NYRP as part of the Haven Project, an open space plan developed with the South Bronx community that aims to improve health and well-being at the neighborhood scale.

“The South Bronx is a community committed to turning the tide of socioeconomic inequality and disinvestment, and investing in vibrant open space is a critical part of that goal,” said Speaker Melissa Mark-Viverito. “The rehabilitation of Pier 132 will improve quality of life for residents, offer innumerable health and wellness benefits, and provide much-needed relief in an urban neighborhood.  Residents, stakeholders, neighborhood-based organizations and activists came together to address community priorities and needs in a collaborative, grassroots process.” The City Council allocated $2 million in the FY17 budget to renovate Pier 132 for public use and to serve the 91,500 residents in the surrounding community. The pier will also provide recreation space and resilient design features to protect the industries along the waterfront.

Salamanca touted the project as a beneficial development for the well-being of local residents.

“Without a doubt, providing waterfront access to our community through places like Barretto Point Park in Hunts Point and now the Haven Project in Port Morris make a huge positive impact for South Bronx residents,” he said.

“I am proud to have advocated for $2 million in funding to open the first public waterfront in the Bronx,” said Finance Committee Chair Julissa Ferreras-Copeland. “The pier will be transformed into a beautiful community space aimed at improving the quality of life of residents of the South Bronx and all its visitors.”

“NYRP is so grateful to Speaker Mark-Viverito,” noted NYRP Executive Director Deborah Marton. “From our first conversations with the South Bronx community in 2014, we knew the Haven Project would be transformational, and these ambitions are now much closer to becoming a reality.”

The renovation of Pier 132 is the first capital project to be implemented by NYRP as part of the Haven Project, a master plan to renovate a network of open spaces in Mott Haven and Port Morris in the South Bronx.

Spearheaded by NYRP, the Haven Project was developed with the community and released in July 2015.

For more information on Pier 132 and The Haven Project, please visit http://bit.ly/29SaBZg.

“He’s not ever coming home”
"Nunca volverá a casa" 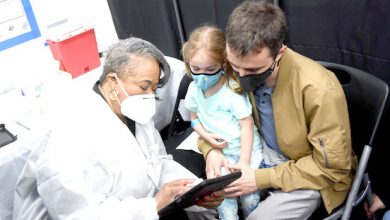