Launched in 2021, the Excluded Workers Fund (EWF) set out to aid workers in New York State who were left out of other federal pandemic-related benefits. They were primarily undocumented immigrant workers and other low-income workers not eligible for financial relief.

A new report examines successes and shortcomings of EWF – and finds that the majority of recipients used the funding to secure immediate needs – shelter and food.

The $2.1 billion program, launched in April 2021, allowed 130,000 immigrants without work authorization, and some others who fell between the gaps of federal aid, to obtain unemployment compensation if they lost work during the pandemic recession. According to a new report from The Urban Institute and the Immigration Research Collaborative, the EWF helped workers make ends meet during the severe job loss and hardship during the pandemic, assisted them in catching up on housing costs, and helped propel job and business advancements for some workers.

Nearly a third of recipients (29 percent) said they used most of the funds on paying back debt or loans. For the study, researchers collaborated with 10 community-based organizations to survey individuals who would have been eligible for the fund.

Applicants had to show that they are currently living in New York State and that they were also living in the state on March 27, 2020 or earlier. Beneficiaries must also have been working in New York State, and have lost 50 percent or more of wages or income between February 23, 2020 and April 1, 2021. Individuals must have worked at least fifteen hours per week in the period prior to losing income or wages, and must have earned $26,208 or less in total between April 19, 2020 and April 21, 2021. Families who lost a breadwinner due to a Covid-19-related death or disability could also receive the benefit.

Some workers who received the fund indicated that they had overcome some hesitancy in applying because of misinformation, documentation requirements for the application process, and apprehension that the funds might have to be repaid. Other recipients said they faced challenges in using the funds on the cards that were sent to them. “New York’s EWF showed the possibility to develop state-level programs, at scale, that fill gaps in this country’s safety net, even for people excluded from federal benefits,” researchers wrote. “The fund provided crucial support to immigrants and their families, helping some of the people who were hit hardest by the pandemic and the recession through a difficult period. People who were not eligible for other aid could access the EWF, which helped people who had lost their jobs to put food on the table, pay the rent, and pay for gas and electric bills.”

Findings from this survey are intended to help inform advocacy efforts and future legislation, researchers said, as New York advocates urge inclusion in the 2023 budget and states and localities across the nation consider the implementation of permanent unemployment benefit programs for excluded workers.

Please note: The New York State Department of Labor (DOL) has issued payments to the final group of eligible applicants and the Excluded Workers Fund is now closed. Please contact 877-393-4697 for any funding-related questions. Contact Cardholder Support at 833-458-4262 if you received a recent notification from EWF and have a new address since applying for the program.

To read the full report, go to www.urban.org. 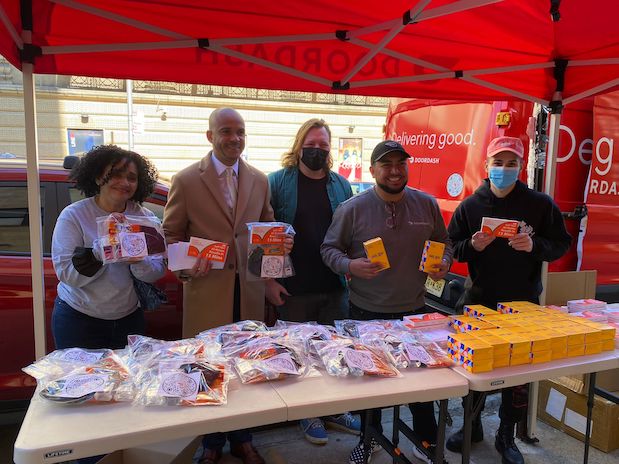 “We want to be here”
“Queremos estar aquí”