A recent increase in the rate of children without health insurance has been driven by Latino children with parents who are immigrants and by White children, according to a new brief from the National Research Center on Hispanic Children & Families.

Between 2016 to 2018, the uninsured rate among children rose by more than half a percentage point, a small but significant uptick. The increase resulted in roughly 206,745 more uninsured children with immigrant parents, and 216,461 more uninsured White children, the brief said.

“The recent uptick in uninsured rates is especially troubling right now because of the pandemic,” said Lina Guzmán, first author of the report and a senior researcher at the Child Trends Hispanic Institute. “Many low-income Hispanic parents work in the restaurant, service and retail industries, which have been hit especially hard by COVID-19. These workers are at risk of losing not only their wages, but also their health insurance, which means they may have trouble accessing health care.” The research uses data from the 2011-2019 Current Population Survey to examine uninsured rates over time for children from the three largest racial/ethnic groups: Hispanic, non-Hispanic White, and non-Hispanic Black children. Researchers also compared uninsured rates among Hispanic children with at least one U.S.-born parent to those of Hispanic children with only foreign-born parents.

The increase in the rate of children without insurance may reflect recent state-level changes in government-provided insurance processes that make it difficult for families to stay insured, researchers said. These changes include more frequent eligibility reviews and stricter documentation requirements.

Policies that make it difficult for families to initially obtain insurance may have also contributed to this uptick, the brief said. For example, in 2017, the federal government shortened the open enrollment period for marketplace health insurance coverage and cut funding for enrollment assistance and outreach. Additionally, the public charge rule that went into effect in February 2020 may discourage immigrant families from enrolling in Medicaid because it allows the government to deny permanent residency to immigrants who have used public services, including Medicaid.

“Unfortunately, families who have been hit hardest by the pandemic may not be able to access government support,” said Yiyu Chen, an author of the report and research scientist at the Child Trends Hispanic Institute. “Hispanic immigrant families in particular face additional barriers in accessing government safety net programs aimed at helping families weather economic hardships, since the public charge rule went into effect just before the pandemic.”

To view the full research brief, go to bit.ly/2FIUvnO. 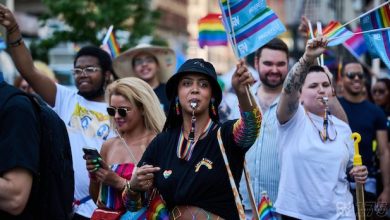