Marching against a rule out of step

Story and video by Sherry Mazzocchi
Photos by QPHOTONYC


The march for human rights begins with a single step.

Marchers from the Bronx and Northern Manhattan protesting the Dominican Republic’s recent controversial ruling made their way from 207th Street and Broadway uptown to Times Square this past Sat., Nov. 16th.

About 30 marchers started out for the Dominican Consulate on 42nd Street on Saturday morning. They protested TC/0168/13, a constitutional tribunal ruling that revokes the citizenship of all people born of foreign-born parents since June 20, 1929.

“Basically, what they are saying is that anyone born between 1929 and 2010 under the previous constitution is no longer of Dominican descent if their parents weren’t recognized under Dominican laws,” said Amarylis Estrella, a participant in Saturday’s march.

One of the march’s organizers, Anthony Stevens-Acevedo, called the ruling “a tremendously discriminatory decision.”

Luis M. Rodríguez said that the ruling contributes to a discourse of hatred.

He compared the current climate in the Dominican Republic to Hitler’s Nazi Germany. The ruling has been denounced by Peruvian author Mario Vargas Llosa and the government has retaliated by burning his books.

Rodríguez, coordinator general of community organization Alianza País, who said he felt horrible and ashamed, said he believed that this could be the first step to burning people.

“The other day I was reading a Dominican newspaper which said that some Haitians living in the Dominican Republic were attacked by Dominicans,” he said. “I think that has a lot to do with hate speech.”

In 2010, the Dominican Republic amended its constitution, increasing the restrictions on Dominican nationals, declaring that anyone who is the child of undocumented immigrants is no longer a citizen. The new constitutional ruling interprets the amendment retroactively.

Applying a law retroactively is out of sync with most national and international judicial systems, said Stevens-Acevedo, a historian who specializes in the research and study of the 16th and 17th centuries of the Dominican Republic. He is also an elected foreign corresponding member of the Dominican Academy of History.

“Most laws are not applied retroactively unless they are in the benefit of an individual.”

The new constitution—as well as the old one—acknowledges that the children of Dominican parents that are born abroad are entitled to dual-citizenship.

Stevens-Acevedo noted that as an American of Dominican parents he is entitled to all of the rights of Dominican citizenship, with the possible sole exception of running for president of that country.

But those born in the Dominican Republic of people who had no papers are not protected by the constitution and are no longer citizens.

“So here you have this irony. They were born there, raised there, have never lived anywhere else, are part of the Dominican society, fabric and culture – and they are no longer Dominicans.”

“I was born in Queens, New York,” he continued. “And I am entitled to Dominican nationality.”

Many of the marchers were born in the U.S. of Dominican parents. “We can easily be impacted by laws like this,” Estrella said. “How would we feel if all of a sudden the U.S. told us we weren’t U.S. citizens?”

“For many of us, this is an appalling decision,” she said. “We all see this as an assault against Dominicans of Haitian descent, who have been attacked over and over again in the Dominican Republic.”

Another marcher, María Bautista, said the issue was important to her because her family has experienced racism in the U.S. Bautista is a naturalized U.S. citizen. “I believe Haitians should have that right as well,” she said.

Yanilda González, a Princeton University student from Washington Heights, said students and educators both wanted to do something physical and visible to demonstrate to New York’s Dominican community that the ruling is an issue with which everyone should be concerned.

With Facebook groups such as “We are all Dominican” and “EsoNoSeHaceRD” on YouTube, the marchers made clear that they were seeking to draw attention to the issue.

“That’s really our main point,” González said. “We were in the Heights last week and we came across a lot of people who hadn’t heard about the decision.”

Gerald McElroy, who’s worked in the Dominican Republic since 2005, created “EsoNoSeHaceRD” with several Dominican friends. “We’re hoping to get the awareness out.

There’s a lot of misinformation out there. People in the Dominican Republic think this has to do with migrants. This doesn’t affect a single migrant. It has to do with Dominicans who’ve lived their whole life there.”

At the end of the march, Stevens-Acevedo delivered a letter to the Consulate, whose offices were closed on Saturday. A doorman accepted the letter.

It formally denounced the ruling and urged the government to reaffirm the legal and civic dignity of all Dominicans, including children of undocumented immigrants.

The legislative and executive branches of the government say that their hands are tied because the ruling comes from a high court, said Stevens-Acevedo. Yet the Dominican government is tied to a number of international agreements protecting human rights.

Stevens-Acevedo insisted that changes could be made.

“The legislative and executive branches could look for ways of modifying the constitution itself,” he said.

We the undersigned, Dominican and Dominican children or descendants born or raised abroad, especially in America, hereby express our indignation and our vehement opposition to ethical and civic statement TC/0168/13 issued by the Constitutional Court of the Dominican Republic. This ruling in many ways violates the contents and intentions of the Constitution of the Dominican Republic since 2010. As it is intended to be applied retroactively, it violates human rights principles to which the Dominican government is bound by international treaties and conventions, especially inter-American.

Also understand that this decision, in addition to being illegitimate for the above reasons, shall also, in the opinion of many Dominican legal experts, lead to many legal and conceptual errors that make it legally invalid.

It is precisely because of our experience combating discrimination as experienced as immigrants or descendants of immigrants in the United States and other nations that we are obliged to act.

Before this act is recognized in the Constitutional Court of the Dominican Republic as ordered within the current constitutional order of the nation, we want to appeal to the sense of civic responsibility and human dignity you, our top representatives of executive and legislative powers in the Dominican nation, possess. We ask that you exercise leadership and national authority conferred upon you by the Dominican people and take all the necessary administrative and legislative steps (including constitutional reform and necessary laws) to guarantee a full exercise of rights and protections afforded all Dominican-born children of immigrants in the Dominican Republic.

We urge you also to strengthen initiatives reaffirming the legal and civic dignity that all Dominicans claim, including the Dominican children of immigrants in the Dominican Republic. We urge you do all that is necessary for regional authorities and international legal entities of which the Dominican government is a signatory and member, as regards human rights, to compensate for the arbitrary, undemocratic and shameful decision of the Constitutional Court of the Dominican Republic and their respective orders to the Board of Elections of the country regarding the treatment of persons born in Dominican territory.

“We do not say no”
“Nosotros no decimos que no”

No to Gender Violence
No a la violencia de género 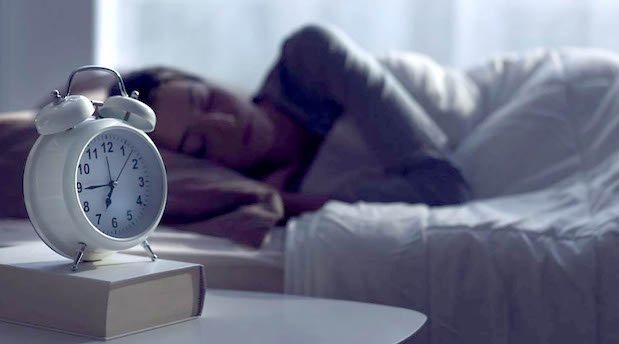