It can be hard to convince a fourth grader that he or she doesn’t need an X-Box.

But that is exactly what Monique Pettaway, who works at TD Bank, was trying to do on a recent afternoon last week during an after-school program at Haven Academy in the Mott Haven neighborhood of the Bronx.

“But I think I need it,” said Julian Reyes, before conceding that an Xbox—and a PSP—are actually just things he wants.

“The only thing I need is a Jacuzzi,” joked fellow classmate Amethie Encarnación.

Jokes aside, for Encarnación, Reyes, and the rest of their classmates, learning the difference between a “want” and a “need” was one step in the path of financial education.

Pettaway, who is from the Bronx herself, has been to four schools so far, dispensing financial knowledge to public school students in the Bronx.

Like many employees of TD Bank, Pettaway is involved in the bank’s Wow! Zone program, which has taught financial literacy to more than a million students across the United States since 1990.

Pettaway has found the experiences rewarding.

“The kids are so enthusiastic and ready to learn,” she said. “They make a really good audience.”

The students also learned about expenses and interest.

“Interest is when you borrow money, and when you’re late paying it back, the amount you owe gets bigger and bigger,” explained Hector Gerardo, a knowledgeable fourth grader.

Did he learn this in school?

Pettaway offered another version of the same concept.

“Interest is the amount of money you get if you save your money in a bank,” she explained.

Bill Baccaglini, the President and CEO of New York Foundling, dropped in on the lesson to see how the students were faring.

“Classes like this teach kids the value of money. A class like this helps them distinguish between wants and needs. They may want an iPad, but you need a pair of shoes,” he said.

And Baccaglini was grateful for more than TD Bank’s seminar on finance to the Haven Academy students, who are from the poorest Congressional district in the country.

“TD Bank underwrites our after school programs,” he noted.

“It’s important for us to be involved in the communities we serve,” said Nossen.

In addition to a lesson on financial responsibility, the students were also getting $10 coupons to open bank accounts with TD Bank.

“By learning how to save money, they’ll be better citizens,” he said.

“I think when you catch them really young and make [learning about money] fun, it sticks with them. Hopefully they carry this experience with them,” said Pettaway, as the lesson concluded.

After a few mistakes, the students eventually calculated that if they save $100 in the bank for a year, with a 5 percent interest rate, they will have gotten an extra $5.

Not all students seemed thrilled.

While the students did not actually get free money that day, they did learn how to fill out blank fake checks.

As they filled out their blank checks for large amounts, the students discussed what they learned that day, some of which seemed to have left a lasting impression.

Jahkirah Plowden was still musing aloud, as the group session wound down.

“I didn’t know you could get more money by saving it in a bank,” he said, seemingly pleasantly surprised.

Basketball at Barnabas: A Winning Combination 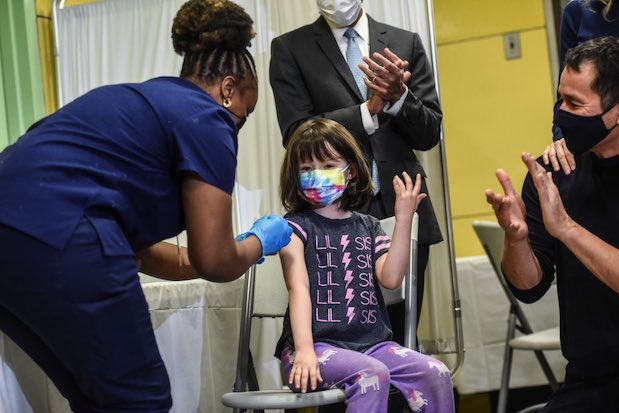 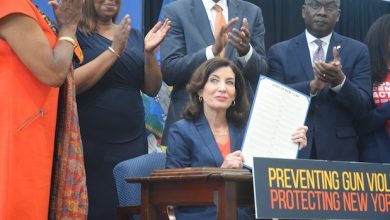