“I feel I got married yesterday.”

Yet, what seemed like moments ago to Larry Cosentino was, in fact, June 6th 1948 – 67 years ago this summer.

Larry and his bride Catherine, of Throggs Neck, were the toast of the town this past Feb. 25th at the Annual Sweetheart Luncheon, held to celebrate couples in the borough who had been wed for decades.

The luncheon, now in its 8th year, at Villa Barone was organized by the Office of the Borough President Rubén Díaz Jr., Healthfirst and Walgreen’s.

There were as many love stories as couples in the catering hall.

The Cosentinos, for example, were high school sweethearts. They met at a Manhattan school in 1945, were engaged in 1946, and were married two years later, after Larry returned from serving in World War II.

The two say their relationship is as resilient as ever.

“We had our ups and downs but we just got along with each other,” said Catherine, a spry 86 years young.

The borough president, who also married his childhood sweetheart, said he knew exactly what Catherine was talking about.

“Love has its good days and its bad days,” said Díaz, adding that love usually finds a way to prevail, despite the challenges. “The most powerful thing in the whole world is love.”

Charles and Rosa Bell met at work. She was a lab technician at a state mental institution, and he was a labor relations supervisor in a different department.

At first, it was all friendly teasing.

“He was picking on me, because I was too skinny,” recalled Rosa.

But after a couple of years of jousting, he asked her out. Many years have passed by since that first movie date at Radio City Music Hall, but their marriage is still going strong.

“Communication is the most important thing,” said Rosa. “And honesty.”

Her husband said the secret to their longevity was love, first and foremost.

And a bit of memory.

“Always remember why you got married,” said Charles. “We love each other.”

“You have to be in love,” agreed Dagny McDaniels, who has been married to Claude for 57 years. “You have to have passion, be compassionate and compromise.”

“You have to take a lot of baloney,” she said, with a smile.

Her husband of 66 years, Vincent, said it was precisely his wife’s very good sense of humor that did the trick.

“Laughing is the most important thing,” he said.

The luncheon proved a festive occasion, as the couples shared anecdotes and took, often, to the dance floor.

Díaz personally congratulated every one of the couples, occasionally daring them to kiss on the lips for the camera.

But not William Chin.

Kissing Mary, his wife of over 60 years, he said, was simply out of the question.

“I kissed her three times and after that, we had three children,” he protested. “I don’t want any more children!”

“Open for all”
“Abierto para todos” 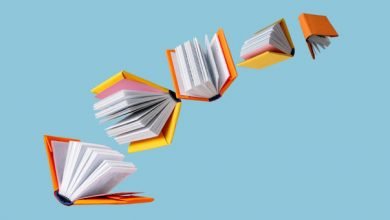