I Love the Bronx: The Piccirilli Brothers

I recently visited the Metropolitan Museum of Art on Fifth Avenue with a good friend of mine, Bronx historian Morgan Powell.

In the museum’s American Wing, he pointed out a marble sculpture named Fragilina. It is one of a series of female nudes by artist Attilio Piccirilli.

While I don’t know much about art, my friend knew all too well this piece would intrigue me, as Piccirilli and his family were Bronx residents.

In 1888, well-known stone carver Giuseppe Piccirilli moved his family from Italy to America. They settled in New York City. In 1890, due to his wife Barbara’s illness, he moved his family to the clean air of the Bronx. By 1893, they acquired land on 142nd Street in Mott Haven, where they established a residence and a stone-carving studio. It eventually occupied an entire city block.

Though their studio is long gone, their contributions are still alive throughout New York City and beyond.

The pink marble lions, Patience and Fortitude, located at the entrance of the New York Public Library on Fifth Avenue and 40th and 42nd Street, were carved by the Piccirilli Brothers. In addition, the six allegorical figures on the façade of the library representing History, Romance, Religion, Poetry, Drama, and Philosophy are carving works of the Piccirilli brothers.

Other local carvings include the Maine Memorial at the Columbus Circle entrance to Central Park, the dozen allegorical statues on the U.S. Custom House, the pediment at the New York Stock Exchange, and the Firemen’s Monument in Riverside Park.

While most of us may be unfamiliar with these particular pieces of work, one we may all know is the figure of Abraham Lincoln at the Lincoln Memorial in Washington D.C. Designed by Daniel Chester French, Lincoln was carved in the Bronx by the Piccirilli Brothers and shipped in parts to Washington D.C.

Next time you’re in the city near any of these work of arts, stop and look.

Share the story with others and remember that there have been some very beautiful, wonderful things and people coming from the Bronx for ages. 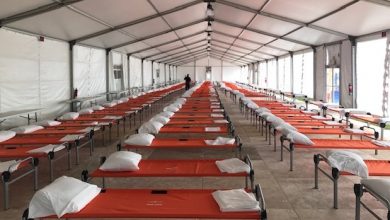