I Love the Bronx: St. Peter’s Church, Parkchester and Appreciation

This week, she writes of remembering to take a good look around at the history that surrounds us.

I was fascinated with this Gothic Revival structure as a teenager.

As I made my way to and from high school, I would often stop to admire the grounds, which include a cemetery with gravestones dating back to the 18th century.

The parish dates back to 1693 when it was organized in the Village of Westchester. It is one of the oldest parishes in the city.

The current building and adjoining Foster Hall were designed by Czech architect Leopold Eidlitz between the years of 1853-1855.

Eidlitz also designed the Metropolitan Museum of Art, Emanu-El Temple and Tweed Courthouse, all located in the Manhattan.

In 1877, a fire destroyed some of the building.

Eidlitz’s son, Cyrus, rebuilt the portions damaged by the fire.

In 1983, they were placed on the National Registry of Historical Places.

Some of the gravestones are so old that the names and dates have been worn off.

But many remain intact and family names that are familiar as streets in the Bronx appear throughout the cemetery. Some of the prominent families buried in this cemetery include Valentine, Morris, Watson, Lorillard and Havemeyer, just to name a few.

This is an area rich with Bronx history.

Across the street from the church is the Huntington Library and Reading Room.

Within walking distance, on Commerce Avenue between Westchester and Butler Avenues, is a sliver of green space in the beginning of an industrial area.

Oddly enough, that small green area is a private burial site of another prominent family, the Ferris Family.

This name should sound familiar as well. Ferris Avenue, located near Westchester Square, and Ferry Point Park were both named after this family.

In 1829, Benjamin Ferris owned much of the land we know today as Westchester Square.

And yet another short distance away at East Tremont and Ponton Avenues stands an imposing white building.

Though the building was originally constructed to be a theater, it never served its purpose.

The building presently houses local businesses, yet its design and façade of masks still offer a glimpse of the past.

No matter where you find yourself in the Bronx, there is a story of long ago to be discovered and shared.

Get out and enjoy it! 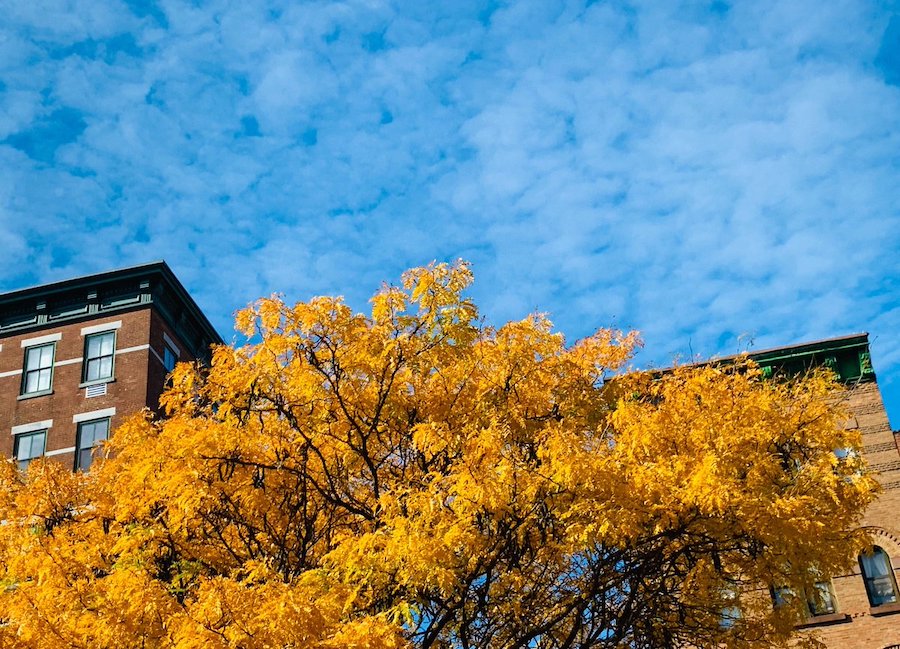