As part of our ongoing BFP series highlighting the various favorite spaces, things and people in our borough, we turn to Nilka Martell, who continues to explore her hometown. “I am a Bronx native, daughter, sister, mother of three beautiful Bronx babies, photographer, writer and motivator,” says Martell, of Puerto Rican descent.

There is no scarcity of houses of worship in the Bronx.

Whatever religious belief you may hold, there is a place for you in our borough.

There is also a mosque, an Islamic center, a Kingdom Hall and Church of Latter-Day Saints.

Though I don’t regularly attend church, I was fascinated to learn that a local one was celebrating a huge milestone.

This past week, St. Paul’s Evangelical Lutheran Church celebrated its 131st year of service in the Bronx.

Its second building was built in 1898 on East 156th Street near Union Avenue.

It is the only one that remains.

On Sun., Apr. 21st, a celebratory service was held there to commemorate the occasion.

With over 150 people in attendance, Senior Pastor Fernando Otero led his congregation in worship. A special guest for the anniversary was the Reverend and Dr. Robert Alan Rimbo. He and his wife spoke highly of the Bronx and expressed gratitude for the hospitality extended to them.

The children’s choir sang a wonderful hymn and gospel song. The Men’s Bell Group presented a lovely piece and the St. Paul’s adult choir filled the room with praise.

Nivardo Lopez, Bronx Borough Director for the Mayor’s Office, was present and also commended St. Paul’s pastor and the congregation.

After the service, the celebration continued in the auditorium, which had been transformed into a banquet hall.

As people gathered, they made sure to introduce themselves to others; the atmosphere was welcoming and warm.

The spirit of service, as led by Pastor Otero, of the Church is well and alive.

Pastor Otero concerns himself with spiritual needs as well as secular needs for the community.

He sits on the local Community Board and his experiences in directing a substance abuse and truancy prevention program for at-risk youth make him an asset to this community.

In addition, Pastor Otero was a resident of the community before his studies.

Once he’d completed his degrees, he chose to return.

Last year, he coordinated the First Bronx Solar Economic Conference and opened the church doors to a CSA (Community-Supported Agriculture) program, which allows for the community to purchase fresh fruits and vegetables from local farmers.

It is these types of programs that meet the needs of the community.

For more information on the work being done at St. Paul’s or for hours and directions, please visit www.bronxstpauls.org. 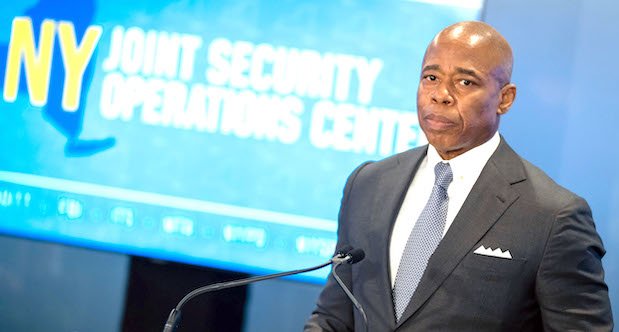