I Love the Bronx – Fish and Friends

There was quite a buzz along the Bronx River last week.

There was an inauguration – and a commemoration.

This passage allows alewife and blue back herring to swim north of the dam in order to spawn. This migration was disturbed in the 1600’s when the construction of dams obstructed their ability to swim upstream.

The $1.8 million dollar project was part of a decade-long collaborative effort from parks organizations to restore the river’s habitat. The passage will now be monitored by the NYC Parks Natural Resources Group and the Bronx River Alliance through the use of an underwater video camera and fish counter.

Then, the following day, on Sat., Apr. 11th, over 80 volunteers teamed up with the Bronx River Alliance, G.I.V.E. and Morris Perk to honor the late Morgan Powell with a tree planting event.

Morgan was a dear friend of mine, but more importantly, he was a dear friend of the Bronx. He devoted over 12 years of his life to researching African-American and Latino history as it pertains to the Bronx. He led free walking tours, conducted presentations and lectures, and documented some of his research, including self guided tours at https://bronxriversankofa.wordpress.com. He was also a landscaper, environmentalist and community activist.

He passed away last September.

Prior to the tree planting, about 20 of Morgan’s friends gathered in front of his former apartment building. It was a lovely spring day, clear, sunny and warm. We shared stories and memories, and walked together to the park, taking the same route he took to reach the park countless times.

At Bronx Park East and Burke Avenue, more of Morgan’s friends were waiting. After some Morris Perk coffee, we entered the park to reach Burke Bridge, located over the Bronx River.

215 shrubs were planted just west of the river.

We were happy to have a place to come back to, a groove where they planted trees in honor and memory of an amazing life.

Volunteers also participated in a park clean up and river clean up.

For some, it was their first time canoeing the Bronx River. Over a dozen bags of garbage, filled with items such as foam, glass, and aluminum, were collected. A tire and shopping cart were also removed.

Altogether, we could not have asked for a lovelier tribute to Morgan. He always encouraged people to go out, enjoy nature, care for the earth, engage in conversation, share stories and make friends.

This weekend’s events covered them all.

A New Yorker for the Bronx 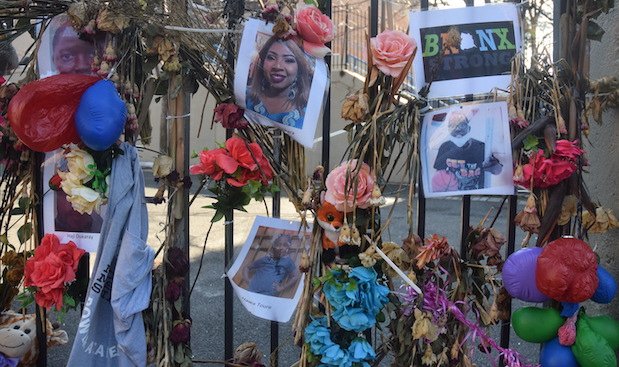 “We are not disposable”
“No somos desechables” 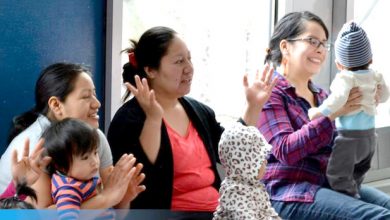