Honoring a reverend, rebuking the president

“We are, in a sense, traumatized as a nation,” said Adriano Espaillat.

Beyond casting the administration of Donald Trump as a stark contrast to the mantle of leadership espoused by the felled civil rights icon, Espaillat said the Trump presidency posed a renewed challenge to inclusiveness.

The event, promoted as a celebration of the “fairness, justice, and equality of opportunity” that King fought for during his life, served as much as a repudiation of the language and policies of Trump as a tribute to King.

The event was held one day after Trump’s controversial remarks during a White House meeting, where he reportedly referred to Haiti, El Salvador and African countries, where a large number of U.S. immigrants have originated, as “sh-thole.”

The day also marked the eighth anniversary of the devastating earthquake in Haiti.

During his remarks, Espaillat slammed Trump’s “intolerant, racist rhetoric,” which he said “throws gasoline on the fire” and makes it impossible to come to a proper resolution to immigration issues such as DACA.

Espaillat said that Trump’s alignment with the alt-right and white supremacy movements are troublesome and suggest that the President is racist.

“We remember Donald Trump from the era of the Central Park Five,” said City Councilmember Bill Perkins. “He hasn’t changed since.”

“We can talk a lot about some of the dreams, but the dreams do not become reality without faith,” he said.

Espaillat praised the work of McCall and Thompson as Comptrollers for the state and city, respectively, and in serving university students in New York.

Espaillat’s predecessor Rangel, who was not in attendance, was honored for representing the Harlem community for four years in the State Assembly and 46 years in Congress.

“He spoke for the Harlems all around this country, talking about poor housing, crime, substance abuse, poor education, inadequate healthcare facilities and so many failed government operations that didn’t do anything for young men and women,” said former Governor David Paterson, who accepted on his behalf.

Espaillat also presented a surprise recognition to former New York City Mayor David Dinkins, who was in attendance though unaware that he would be honored that day.

Dinkins acknowledged that there was still work to be done on the civil rights front, but said the nation had still come a long way from the era of Dr. King, when blacks were segregated in schools, restaurants and buses.

“Things still aren’t where they need to be, but thank goodness they’re not what they used to be,” Dinkins remarked.

Espaillat noted that he was one of the six members of Congress who chose to introduce five articles of impeachment against Trump in November.

The sentiment was echoed by Public Advocate Letitia James, who referenced the doubts raised on the President’s mental fitness.

“It’s critically important that we condemn the remarks of the man who I believe to not be of sound mind,” said James.

“There are approximately 120 members of Congress that are now openly talking about impeachment [or for] him to step down. That is a significant number, and it will continue to grow,” stated Espaillat, who said that the challenges posed by the current administration make it crucial that advocates for equal rights remain united.

“The arc of the [moral] universe is long,” Espaillat said, invoking the words of King. “But it bends toward justice.”

Even Princesses have Problems

Catch on to Kinder Applications
Atención a la Aplicación 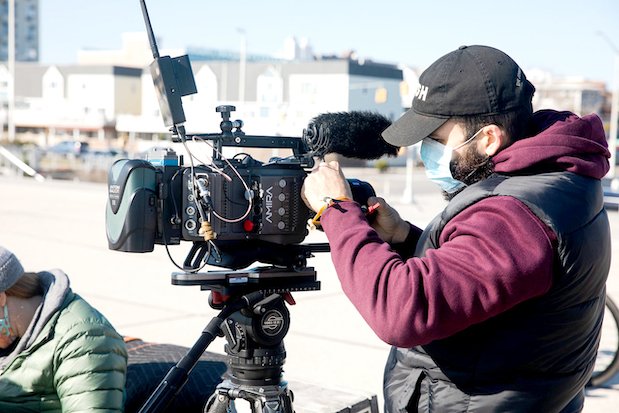