When a cut serves to cure

Both are qualities equally prized in both barbers and health practitioners.

And on a recent winter day, the two professions, and those they treat, came together in neighborhoods throughout the Bronx and in northern Manhattan.

As part of Spirit of the Heart, a new campaign launched by community leaders, elected officials, the Association of Black Cardiologists (ABC) and the American College of Cardiology (ACC), free health screenings and wellness information were provided at the barbershop to help reduce the risks of developing heart disease.

The following Sun., Dec. 9th, a similarly heart-healthy message was delivered in the South Bronx at The Cathedral United Baptist Church on Prospect Avenue as part of the ongoing initiative.

And at Denny’s on Friday, doctors and nurses had installed themselves at their posts, and were at the ready as customers flowed in.
Robert Stroud had come by for a haircut, and decided to also get screened.

Just three weeks ago, he was surprised to discover that he had high pressure when he visited his doctor for his regular check-up.

“I don’t feel like I have high blood pressure,” said Stroud.

And while Stroud was relieved to know that his pressure has since kept to lower levels, his original lack of awareness is precisely what is driving Spirit organizers to conduct these new screenings.

People could be walking around with a time bomb in their chests and not even know it, explained Dr. Icilma Fergus, who was helping to conduct the screenings.

She referred two to a doctor. One of them had an enlarged heart and high blood pressure.

Unattended, the combination of an enlarged heart and high blood pressure can lead to heart failure and stroke, she noted, and some patients end up requiring dialysis.

“With that combination, it could take a year for the effects to kick in,” she said.

The patients she’d screened, she said, were not expecting their results.

“They were very surprised and immediately wanted to do an intervention,” Dr. Fergus reported.

As for Stroud, he said he has remained active and goes to the gym regularly, but his problem has been overly large portion sizes, which he has cut back on. He also eschews sugary drinks.

The medication he is taking, as well as changed eating habits, has done him well.

“The doctor said I was all good,” he said of the day’s screening.

Which meant he could get his hair cut with his mind at ease.

“It’s surprising, but it’s not strange,” chuckled Stroud as he settled into barber Rhaieen Sewer’s chair.

Sewer did not get screened that day, but had done so three weeks ago.

“Every time he has a clinic, he tells us to get screened,” said Sewer of his boss, Denny Mitchell, as he got to work on Stroud’s hair.

In fact, the barbers have become educated enough to conduct screenings themselves, explained Mitchell. Mitchell explained that he does at least four screenings a week.

Since 2007, he has referred hundreds of customers to the doctor.

In some ways, Mitchell is a throwback to the barber of old, when clients were also patients.

Mitchell was himself diagnosed with Type Two diabetes in 2007.

Since then, he has hosted several “Cutting for a Cure” events at the barbershop.

“We turned it into a cause,” said Mitchell. And Denny Moe’s Superstar Barbershop, with its predominantly African-American male client base, is ideal for such initiatives.

African-American men have the lowest life expectancy in the Unites States, explained Dr. Fergus, and heart disease is a leading killer.

Dr. Fergus also observed that they are the least likely group to go to the hospital.

It is a phenomenon Mitchell can understand.

“I didn’t want to go near a clinic,” he said of his pre-diagnosis days.

As she waited for her turn at the barbershop, Sadie Toodles got to watch Before You Eat the Church Food…Watch this Video, an ABC documentary that had its premiere on Friday.

The film resonated with her.

“My pastor loves fried chicken,” she exclaimed, “but he’s not even supposed to have [it]!”

Toodles admitted that her own eating habits had been terrible in the past. She has suffered from cervical cancer, a stroke, and uses a walker.

But things have been changing.

“I’ve been eating more salmon and vegetables. It’s true what they say. You should eat to live, not live to eat,” she said. “This year, I’m good.”

For more on Spirit of the Heart, please visit www.cardiosource.org/ACC.

“A blessing and a responsibility”
“Una bendición y una responsabilidad” 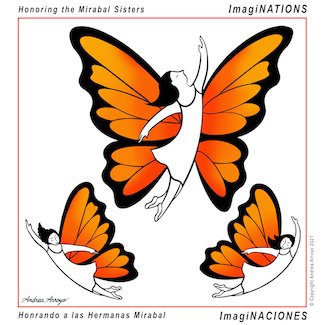