If you want to know how to lose weight properly, turn off the television – it won’t be on “The Biggest Loser”.

“You need programs that provide exercise, education and support to help people get healthier, and that’s exactly what [this] does,” said Dr. Reich.

The cornerstone of the Healthy Village initiative is its two weight loss plans, titled “The 36/36 Plan” and “The 20/20 Plan”.

Each plan challenges participants to lose one pound per month for either 36, or 20 months.

The initiative was created in response to the over 50 percent poverty level in the area, to reduce emergency room visits and to focus on patients suffering from diabetes, heart disease, childhood obesity and weight control. Additional “Healthy Village” initiative partners include Bronx-Lebanon Hospital Center and the American Diabetes Association (ADA).

The program, say organizers, is unprecedented, and is one that many who challenge the obesity rate in the Bronx are welcoming.

A kick-off breakfast this past Sat., Oct. 20th at the Claremont Housing Development’s Senior Center at 169th and Webster Avenue, served as a pep rally that detailed the program’s steps and support systems.

“If we have healthier individuals, we have healthier communities,” said State Senator Rivera, who has lost approximately 10 percent of his own body weight in the last year and has helped found the Bronx C.A.N. initiative.

“We want a healthy village in the Bronx,” added Assemblymember Stevenson.

Leo Wright is looking forward to the challenge.

A  Bronx native who now lives in Staten Island, Wright will provide personal training fitness sessions to residents. Despite his muscled physique that suggested boot camp training was in store, Wright said he wanted people to work out as a way of enjoying themselves.

“Once I get people to smile with a workout, I know I’ve got ‘em hooked,” said Wright, with a broad smile and seemingly boundless energy.

“It’s really good to give back to the community, and this program is a blessing,” he said.

Healthfirst’s George Hulse, who served as emcee of the breakfast, lent a touch of humor to the proceedings and brought Wright onstage as a motivational tool.

“In 36 months I’m going to look like Leo,” joked Hulse, before taking on a more serious tone.

“I want you to ask yourself how you’re going to change in 36 months,” he said, addressing the group.

Hulse and Wright are not the only ones inspiring the village to action.

Just three weeks ago, Portia Harris, the President of the Advisory Board at Arturo Shomberg Senior Center on Franklin Avenue, started a walking group for seniors that live within the so-called village.

She reported that group is slowly growing. Last week the group grew to nine participants from seven. They are starting with baby steps—so far they have gone on two 15 minute walks. “Our goal is to walk at 20 twenty minutes, three or four times a week.”

Izory Jones, a member of the walking group, joined because she thought it would be a fun way to be active. “It’s very entertaining, and it’s fun to do this with a group,” she said.

Later in the afternoon, a health fair was held at an adjoining playground.

There, Senator Ruth Hassell-Thompson was joined by Ed Charles, of the “Miracle Mets” team that won the World Series in 1968. They addressed the hundreds who had turned out to enjoy the autumn sun, and the fruit and granola bars that were being passed out.

The still spry 79-year-old Charles was a testament to the benefits of an active lifestyle. “It’s important to stay active at any age,” he said, “not just for yourselves, but for your families.”

Sen. Hassell-Thompson used a different kind of rhetoric to compel constituents to get on the weight-loss train: “You can’t run the bases when you’re fat, and you can’t play basketball if your stomach is in the way.”

Dozens of participants stood waiting to face the two scales that had been enlisted as part of the effort to recruit people to the 36/36 or 20/20 weight-loss program. Nurses on hand told them their body mass index (BMI). Those who wished to join either plan could do so on the spot.

Grace D. Hunter, who is on the Board of Directors at the Claremont Center, enrolled in the 20/20 program. She attested to the need of the “Healthy Village” initiative, explaining that there were many overweight residents, especially children, who had no health insurance.

“There is a vital need for children to be healthy. Everyone is for this program,” she said.

Hunter estimated that at least 700 of Claremont’s estimated 1,500 residents will enroll in one of the weight loss programs.

“The first thing I need to change is my eating habits, and my biggest health fear is my belly,” she said.

Indeed, it seemed that much of the village was ready to effect change.

“What’s interesting here is that the program is driven by the interest of the community,” said Healthfirst’s Susan Beane. “We look forward to improved overall health for Claremont Village residents and affecting a real positive change in their outlook towards their opportunity for the best health possible.”

“This program has many legs,” agreed Hulse.

And indeed, soon many legs will be moving at the Claremont Village—whether running, dancing, or walking off their weight.

Trainer Leo Wright was ready to help spur everyone on.

A walk in white demands end to violence

I Love the Bronx: St. Peter's Church, Parkchester and Appreciation 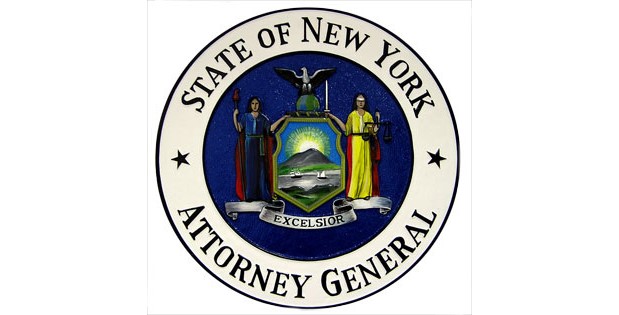