Healing and hope, through hoops

2006 was a devastating year for Dexter Gardiner.

That January, his mother passed away, followed by the loss of his sister to leukemia in June.

To honor their memory, Dexter and his twin brother Derrick organized a basketball tournament that summer in the Bronx neighborhood where they grew up.

But prior to the event, more tragedy struck, as Dexter’s twin brother, niece and two nephews were killed in a horrific Bronx River Parkway car accident on their way to the tournament.

Within the span of a few months, Dexter Gardiner had lost much of his family.

“It was horrible time, but I needed to carry on,” he said. “That’s how they would have wanted it.”

He created the Gardiner Foundation in tribute to his lost relatives, and to raise money for Bronx residents in need, especially those with financial hardships stemming from the sudden loss of a family member.

And just as Gardiner himself persevered through tragedy, his basketball tournament has also lived on.

The Gardiner Memorial Basketball Classic has been held every summer for the past 10 years in St. James Park, where Dexter and his brother spent many youthful days honing their streetball game.

This year’s tournament will be held on August 15 and 16, starting at noon.

The event is free to attend, and will feature food, activities for kids and games showcasing top streetball players.

“I’m most proud of getting the community together,” said Gardiner. “There’s so much love out there for those two days, just to let them know that people do care.”

This year, the Gardiner Foundation will give away 350 backpacks filled with school supplies to children in attendance, and raffle off 20 tablet computers and two iPad Minis to students in the crowd.

The foundation will also present four $1,500 scholarships to college­-bound youths from the Bronx.

“The community that we’re targeting is one of the poorest in the Bronx,” said Gardiner. “A lot of these kids would never know what it is to own a tablet, or might not have the money for proper school supplies or to start college.”

“Through basketball, we made a lot of friends there,” Gardiner said.

He credits his mother as the one who inspired him to assist others.

“When we were out playing basketball, my mom would cook for the whole community, and we’d go back home and eat,” Gardiner recounted.

“She invited everyone into her home, and took care of people,” said Gardiner. “My mom instilled that in me.”

“Dexter was telling us about his foundation, and looking for volunteers or small donations,” Korek recalled.

Korek did better than that ― he got his law firm to sponsor the tournament, which it has done for the past six years.

The tournament has continued to grow, and now draws between 2,200 and 3,000 attendees, said Korek.

Each Gardiner Memorial Basketball Classic features a memorial segment to acknowledge families who lost loved ones through tragedy and disease.

“I invite families out to the event, and I honor them, give them some encouragement,” explained Gardiner. “We have pastors come out and pray for them.”

“Dexter is really about trying to heal people,” said Korek. “He’s able to connect with the families, because of what he’s been through in his own life.”

There is, of course, a basketball component to the event, as eight teams face off in informal exhibition games.

Many participants are former Division 1 college athletes, as well as players from Europe.

In past years, NBA players such as Ryan Gomes and Ben Gordon have suited up, and former New York Knicks star John Starks attended to throw up a ceremonial jump ball.

Though Gardiner no longer plays in the Basketball Classic himself, his skills on the court are well-established — as a junior college player, he twice led the nation in scoring.

“Basketball is the means to get the community to come out to the Foundation’s event,” he said.

While many spectators are drawn to the hoops action, event organizers said that community service is the most important aspect of the Basketball Classic.

“Dexter wears a t-shirt that says ‘I am my brother’s keeper,’ and I think that says it all about him,” said Korek. “He and his wife are true community leaders.”

Gardiner said that he is humbled by the impact his tournament has had on his Bronx community.

“I walk down the street in my neighborhood, and people are thanking me, saying ‘we really need this,’” remarked Gardiner. “It’s just a blessing and it makes me want to do it even more.”

The event begins at 12 noon each day.

To make a donation to the Gardiner Foundation, go to www.lawyertime.com/gardiner-foundation.

Drop in at the Pop-Up
Una tienda de tarjeta 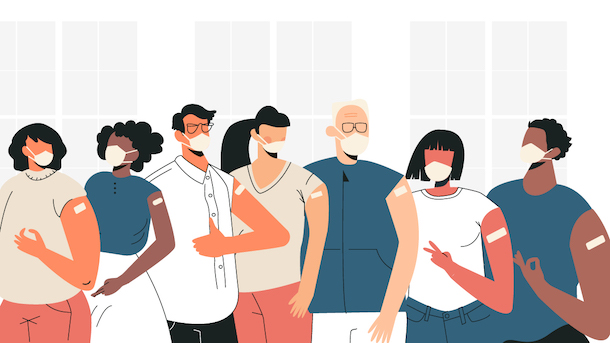