Getting green with the Machine

“People say that you can’t farm in the South Bronx,” said Stephen Ritz, a teacher and administrator at Hyde Leadership Charter School on Bryant Avenue.

And Ritz should know.

Using a unique tower garden, he and his students are producing their own vegetables and fruits right in the classroom, in a lesson on healthy and sustainable living.

Ritz was motivated to start his program as a response to the unhealthy eating habits of schoolchildren.

“This area has some of the highest rates of juvenile diabetes and child obesity in the nation,” he said.

“We need to fix that, and healthy food is what creates healthy minds and bodies.”

In the South Bronx, where access to organically grown, fresh food can be limited, Ritz’s solution was to have his students grow crops themselves.

Now Hyde kids are enjoying their own produce from the tower garden — or, as the students have nicknamed it, “Green Bronx Machine” — munching on veggies in class and bringing some home for their families.

Ritz said that it’s important to teach children about healthy food at an early age, when they tend to respond to colorful foods.

“They’re more interested in vegetables if we teach them to ‘eat across the rainbow,'” he explained.

“And once they try a vegetable, they’ll realize they actually like it.”

Her classmate Romeo agreed, “I actually like carrots and lettuce now.”

Jayda’s mother, Raphealata Norman, said that the tower garden has had an impact beyond the classroom.

“We’re eating a lot healthier at home now,” she remarked. “It’s been an inspiration.”

Andres, another second grader, said that working with the tower garden has inspired him to read about plants and science outside of school.

In addition to three towers at Hyde, Ritz’s students have access to additional garden units through a partnership with JVL Wildcat Academy, a charter high school in Hunts Point.

Hyde classes have an arrangement with JVL Principal Marc Donald to make weekly visits to the high school, which has 20 towers, a hydroponic table and a culinary program where the kids can prepare food with crops they have grown.

Ritz said that numerous Hyde programs have also been aided by AdoptAClassroom.org, a national organization that collects and distributes funds to educators for classroom resources.

The educator added that Green Bronx Machine has improved academic performance at Hyde and increased participation in school activities.

“We’re also moving kids from being consumers to being producers, which is huge for sustaining our future environment,” said Ritz.

“It really changes the way the children see their place in the world and relationship to nature.”

As Ritz explained, “You can get a hundred seeds for under a dollar.”

The tower itself is actually a low-tech, vertical system designed to allow users to grow fresh fruits and vegetables at home.

Seeds are placed in small pods on the tower exterior, and water is pumped through the device at regular intervals.
Crops planted in the tower garden grow faster than they would in regular soil. Each tower can grow about 20 plants at a time, and many vegetables are ready to be eaten in about three weeks.

The students help place the seeds, maintain the health of the plants and harvest the crops that grow.

The tower units can easily be assembled, broken down and cleaned, said Ritz. “This is basic stuff that any kid can be an expert at, and that can be replicated at other schools or in homes,” he commented.

And Green Bronx Machine is starting to get big attention.

The Disney Channel and TNT networks have profiled Green Bronx Machine, and grass seed manufacturer Scotts recently came in to film a commercial with Hyde students.

“People all over the nation are looking at what we’re doing as a model, right here in the Bronx,” said Ritz.

This fall, Hyde students will set up a farmers market outside the school to market crops, and Ritz plans to incorporate more of their vegetables into the food served in the cafeteria.

More information on the tower garden program at Hyde Leadership Charter School can be found at http://greenbronxmachine.org/ or at www.facebook.com/green.BX.machine.

“One in a million”
'Una en un millón' 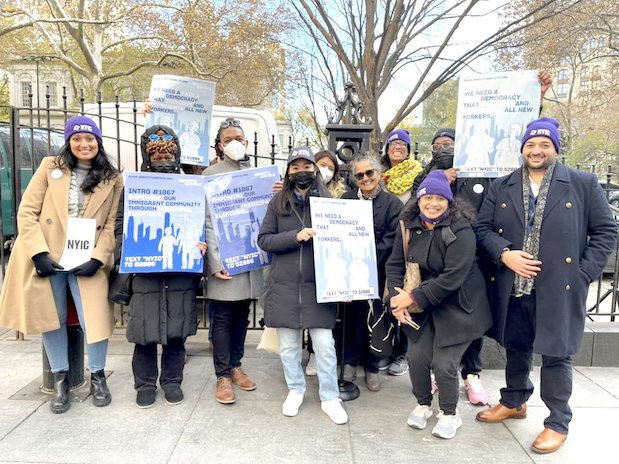