After a two-year hiatus, the Second Annual Dominican Film Festival was launched this year with a screening of The King of Najayo, a film about Dominican drug lord Julián López.


The film was directed by Fernando Báez Mello, and uptown resident Manuel Pérez Batista played the role of López.

The screening, held on Wed., Jun. 26th, at the Alumni Auditorium of the Columbia University Medical Center was the movie’s premiere in the United States.

“I’m happy, nervous and proud of this product,” said Pérez to the audience before the screening, in which his family and friends would see him play a notorious Dominican druglord.

His anxiety proved ill-founded, as after the screening, an appreciative audience gave it two thumbs up.

“This is the best Dominican movie I’ve seen,” lauded one woman.

The consensus, it seemed, was that the movie was a true-to-life depiction of the drug trade in the Dominican Republic.

“It touched on a lot of things going on right now,” said Mérelis Ortiz.

“They are problems that resonate throughout much of the Caribbean,” said Katia Roma, who is half-Puerto Rican.

“My island is right next door, and the problem is the same,” she said.

The three girls, students at City College, were glad to see an international film debut uptown, and so was Pérez, who did not expect the movie to make its United States premiere in his own neighborhood.

Pérez had never played a Dominican drug dealer before, and wanted the audience to see the human side of López.

“He’s not just a drug dealer. There’s heart behind the meanness,” he said.

The movie, while entertaining, was also meant to be provocative.

“I think there’s a big message,” said Báez. “People should see what the consequences are of a destructive life.”

López, in fact, killed his best friend, and died himself in a hail of bullets.

The King of Najayo is vastly different from Sanky Panky, a 2007 comedy filmed in the Dominican Republic, which revolves around the life of a Dominican gigolo.

Santamaría happened to pass the auditorium on his way to deliver a package.

Until he saw the line on the sidewalk at the medical center, he was unaware of the festival’s existence.

Santamaría said he would look to attend in the future.

“There are very few Dominican movies in New York.”

For five days, the spotlight shone on over 20 Dominican films, which ranged from the comedic Lotoman 2.0, about a family striving for happiness, and the dramatic Ana’s Struggle, about a mother who looks for her son’s murderer.

There was also a screening of Elliot Loves, the first feature film directed by Dominican-American Gary Terracino, which deals with a homosexual Dominican man looking for love.

“Dominican film is going through a highly creative moment which is worth knowing and promoting,” said the festival’s founder and director Armando Guareño.

While the plots varied, there was a common thread throughout.

The films brought to their mostly Dominican audience a sense of familiarity – both in the themes represented and in the creative personnel engaged – otherwise missing in typical Hollywood fare.

Reylisa Anico, Niki Quintero and Gabriella Domínguez were dressed in all black and heels for the occasion and were giddy with excitement.

Anico and Domínguez were particularly eager to see Kaylien, a short film directed by actress Zoe Saldana, which screened on Saturday.

Saldana is an inspiration to them.

“She is someone from the community who has been raised up,” said a beaming Anico.

To learn more about the festival and the films screened, please visit www.dffnyc.com/index.html

Renaissance man at the manse 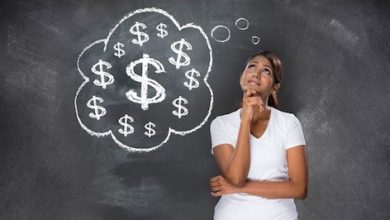