It was time to celebrate healthcare.

In the midst of lower than expected enrollment in health care plans under the Affordable Care Act (also known as Obamacare), Fidelis Care celebrated the grand opening of its storefront Community Office this past Fri., Nov. 15th.

The event was marked with a ribbon-cutting ceremony and a day-long community health fair which offered free screenings for high blood pressure, cholesterol, asthma, sleep apnea, and diabetes. There were also refreshments and face painting for children.

“We are expecting to make a big impact,” explained George Rodríguez, Fidelis Care’s Director of Marketing.

Fidelis currently has 910,000 members across the state.

The Community Office, located at 815 East Tremont Avenue, is intended to serve as a resource for residents to learn about Fidelis Care products and receive assistance with enrollment, as well as serve the needs of current Fidelis Care members. The location, Rodriguez added, was established to make free and low cost health insurance coverage easily accessible to Bronx residents.

One of the draws of the Bronx, said Rodríguez, was that it has the highest Medicaid recipient population in the five boroughs. That number will likely go up, since Medicaid was expanded in New York State to include single adults earning $900 a month or less.

Fidelis Care is a manager of state-sponsored Medicaid.

With the focus on “invincibles,” the cohort of young, healthy individuals who tend to forego health insurance coverage, in the wake of the Affordable Care Act, Fidelis Care team members are visiting local colleges hoping to target a specific student population: working professionals who are taking part-time classes. They are also taking to social media.

“Every day we are educating hundreds of people, and [we’ll] let the numbers speak for themselves.”

“We do expect that [we] will be one million members by the end of 2014,” said Rodriguez.

L.A. Sunshine, a former member of the pioneering hip-hop group Treacherous Three, attended the grand opening. Sunshine works now as a youth mentor, and said he felt that with enough guidance, young “invincibles” will feel encouraged to enroll for health coverage. He too encouraged a campaign of education.

“People at that age are so removed from the necessity of having health insurance, [given] other priorities. They have to be taught what the priority is.”

“They have a lot of other things on their mind besides health insurance,” added fellow attendee Abdul “Sleep” Johnson of young people. “It helps if you have someone on the corner to bring them in and get them to understand.” 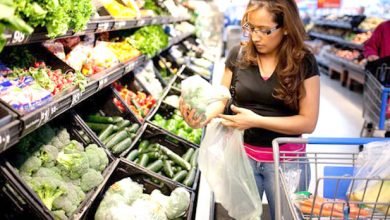