Four years ago, Eric Garner was killed at the hands of police in one of many high-profile police-involved killings in recent years.

That movement has already achieved significant victories: the use of stop-and-frisk in New York City is down 98 percent; a special prosecutor is appointed for police-involved killings in New York State; and the age of criminal responsibility has been raised.

But there is a lot left to do, because too many in our city, state, and nation still feel that the scales of justice are tiled away from them.

That is why, as Attorney General, reforming the criminal justice system will be one of my top priorities.

In early August, I laid out my plan for improving police and prosecutorial accountability, because I understand that a single bad cop or prosecutor—empowered with the awesome might of the state—can destroy lives and cause extraordinary damage to the public trust.

Throughout my career, I have fought for measures to build trust between law enforcement and the communities they serve. I believe that the vast majority of police officers and prosecutors are dedicated public servants who uphold the law every day. But when there is no accountability or transparency, incidents of misconduct are magnified and it becomes impossible for people to trust that the process is fair and that the right result is being reached.

When systemic flaws continue to lead to unjust outcomes, even in incidents where there was no wrongdoing, it means we must change the system.

In the wake of Eric Garner’s death, I was the first elected official to call on the Governor to appoint a special prosecutor to investigate his killing. I stood with the former Attorney General when he requested the authority to investigate the deaths of unarmed citizens at the hands of police officers. I sued for the release of the minutes of the Grand Jury proceedings concerning Eric Garner’s death, because I fundamentally believe that sunlight is the best disinfectant. I have been proud to be a leader in the fight for implementing the use of body-worn cameras by police officers, and championed the use of such technology by the NYPD. As Attorney General, I will expand and codify the Attorney General’s role as special prosecutor; champion legislation to create a commission to hold prosecutors accountable; push to end unnecessary and harmful police secrecy; and push to bring body-worn cameras statewide.

Not only will these reforms help to provide real and meaningful change for communities across New York, but they will go a long way in terms of restoring faith in a system that so many have grown to distrust.

NYC Public Advocate Letitia (Tish) James is running for Attorney General of the State of New York. The election is on Thursday, September 13. 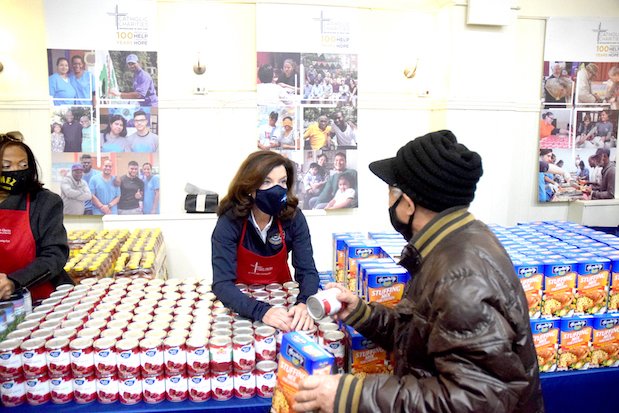