Díaz cleared by Pulitzer board

The Pulitzer Prize Board has determined that there was no evidence warranting the removal of best-selling author Junot Díaz from the board, after conducting what it termed a “wide-ranging independent review.”

The Board issued a statement Friday, Nov. 16, saying that the litigation firm Williams & Connolly conducted a five-month review which involved interviews with dozens of witnesses and analysis of hundreds of pages of documents and audio.

“The review did not find evidence warranting removal of Professor Díaz from the Board. Accordingly, after full discussion and consideration by the members, Professor Díaz will be welcomed to resume his full duties as a Board member and to fulfill his term, which expires in April of 2019.”

The Pulitzer Prizes were established by Joseph Pulitzer, a Hungarian-American journalist and newspaper publisher. He bequeathed funding to Columbia University upon his death in 1911, and part of his bequest was used to found the School of Journalism in 1912 and to establish the Pulitzer Prizes, which were first awarded in 1917.

Díaz, the Pulitzer-Prize winning author of The Brief Wondrous Life of Oscar Wao, issued a statement to the New York Times, saying, “I am grateful the investigation found the truth,” and “I look forward to returning to the Pulitzer’s important work.”‎

In May, writer Zinzi Clemmons accused Díaz of inappropriate conduct. “As a grad student, I invited Junot Díaz to speak to a workshop on issues of representation in literature,” she tweeted.

“I was an unknown wide-eyed 26-year-old, and he used it as an opportunity to corner and forcibly kiss me. I’m far from the only one he’s done this 2, I refuse to be silent anymore.”

Reactions to his re-instatement varied. Some called out Clemmons and others and claimed that they were in it for professional gain. @CosasDeK tweeted: “#JunotDíaz He was publicly shamed for no reason. The case against Junot Díaz was based on the most asinine accusation ever. The woman that dropped the “verbal sexual assault” line was desperate to be part of the story.”

Others took a different view.

Christina Sommers, a feminist scholar at the American Enterprise Institute, wrote: “So far, charges against writer #JunotDíaz suggest a flawed human being—not a #MeToo sex predator. He was apparently rude to this woman at a dinner party. She & others are conducting an on-line vigilante action to ruin him. Activism without justice or compassion is frightening.”

Some were clearly jubilant at the news. Muchachita Fresca @Roselangie tweeted: “YES!!!! YES!!! Look @ how God works #JunotDíaz fully cleared by the ‎#Pulitzerboard, by #MIT, by#BostonReview – a wrap. If his three main accusers were to have an inch of decency they’d #ApologizetoJunot for the absurdity, lies, & unfairness they subjected Junot/his supporters 2.”

Other individuals praised Díaz for his honesty. A month before the accusations, he wrote a piece for The New Yorker titled “The Silence, The Legacy of Childhood Trauma.” The deeply personal essay revealed he was raped at age eight by an adult he trusted.

He wrote “More than being Dominican, more than being an immigrant, more, even, than being of African descent, my rape defined me. I spent more energy running from it than I did living. I was confused about why I didn’t fight, why I had an erection while I was being raped, what I did to deserve it. And always I was afraid—afraid that the rape had ‘ruined’ me; afraid that I would be ‘found out’; afraid afraid afraid. ‘Real’ Dominican men, after all, aren’t raped. And if I wasn’t a “real” Dominican man I wasn’t anything. The rape excluded me from manhood, from love, from everything.”

Locally, the members of the Word Up Community Bookshop are still processing the news.

Díaz, who has helped to fundraise and has been a vocal advocate for the bookshop, has been called Word Up’s “patron saint.”

In an unofficial statement, founder Veronica Liu said, “At Word Up Community Bookshop, we have had lots of discussion about this, and are still discussing, and grappling. While we are still wrestling with how all this may change our relationship with Junot, we do agree that we want to affirm that sexual assault and harassment are never acceptable or justified, and we are working to promote voices that may be muffled or silenced through this endemic cultural violence. We are also working to understand how to respond in relational ways to relational problems, rather than making immediate decisions about who is or is not included in our space.”

I Love the Bronx: In the hunt Amo el Bronx: A la caza 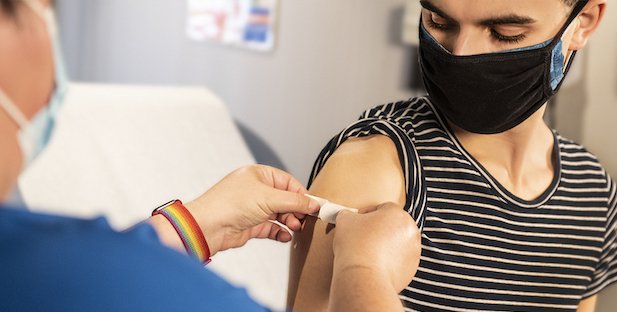