Are you among the 111.5 million people who watched the Super Bowl two weeks ago?

Then you are already familiar with the work of the Bronx’s Miguel Sánchez and his team at Mass Ideation, a post-production company.

Sánchez, a Giants fan and Super Bowl aficionado, wasn’t sure his work would even be part of the United States’ biggest sporting event until the Monday before the big game, when he and his team were contacted to work on post-production for a television advertisement.

They wrapped up work the Thursday morning before the Super Bowl.

Their resulting work was seen by millions who viewed the “Seinfeld is Back” commercial that aired before the half-time show, and that has since gone viral online.

While the chances of playing in the Super Bowl are slim for professional football players, the prospects for having a commercial you’ve worked on actually air during the most watched televised event in history are probably even less.

Only a few are selected each year, and the stakes are high.

A witty, striking commercial will be the stuff of water-cooler talk for months, while a lesser ad will be roundly dismissed.

The cost alone is staggering, with a 30-second spot running advertisers approximately 4 million dollars this year.

“It’s pretty awesome,” said Sánchez, Mass Ideation’s Founder and Creative Director. “You see the hoopla and all the ads and you pretty much think you’ll never work on those things because it’s so expensive.”

Sánchez, who operates Mass Ideation from the Sunshine Bronx Business Incubator, a small business hub that opened in 2012, had worked with the producers of the commercial before, and was called in the middle of crunch time.

“It was about having the right skills at the right time,” he said.

The only drawback for him, he explained, was watching the Seahawks beat the Denver Broncos, 43 to 8.

“I couldn’t stand it,” he said, speaking as if it was still an open flesh wound.

His grudge against the Seahawks began in 2007 when he flew to Seattle to see the Seahawks play the Giants, who lost.

But knowing that his work would be seen by a national audience offered a bit of balm.

“It was a pretty good moment in my career,” he said.

That it was a Seinfeld commercial made it even more momentous as Sánchez is a big fan of the show who still watches reruns before he goes to sleep.

When not working on Super Bowl commercials, Mass Ideation will be focusing on promoting another American classic: Girl Scout Cookies. Sánchez and his team are creating an animation that will promote an app that will be used to vote on a favorite cookie.

He recently has done work for the children’s channel Nickelodeon, and is now toiling on an augmented reality app that can cause business cards to come to life when scanned by a smart phone.

Sánchez has 18 employees, and though there is a Midtown office, much of the work is done in their offices at Sunshine Bronx Business Incubator.

Sánchez is himself from the Bronx, and the thought of bringing his business closer to home and working within a creative environment was appealing.

“One of the biggest things is having a lot of like-minded people around you to bounce ideas,” he said. “It helps you make decisions better and faster. You have so many people doing the same thing and helping each other.”

Mass Ideation was one of the first businesses to move into the business incubator, which now has 72 startups with 120 employees.

Joe Carrano, the Incubator’s Office Manager, enjoys seeing businesses like Sánchez’s take off. The incubator offers space to different types of businesses, such as app developers, a wine distributor, and real estate brokers.

“It runs the gamut. It’s fun to see what people are working on,” he said.

The demand for the space provided is great.

Right now, Sunshine is at full capacity, and nine companies are currently on the waiting list to get office space. One of the current start-ups will be moving out shortly after finding a permanent office in Washington Heights, so space will open up soon.

In the future, Sanchez sees himself getting more involved in augmented reality apps to overlay digital content over physical content, using smart phones to scan machines such as printers and cars for internal readings. He also wants to start a mentorship program to prepare inner city youth for jobs in the tech industry.

“I want to continue to innovate and stay ahead of the curve.”

To view the “Seinfeld is Back” ad and for more on Mass Ideation, please visit http://www.massideation.com/#/. 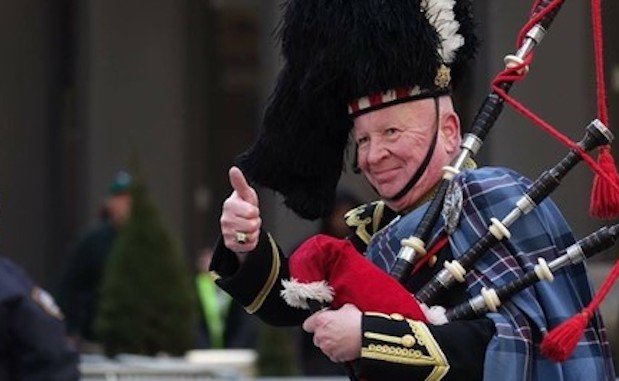