A New York City police officer was shot and killed in the Fordham Heights section of the Bronx early Wednesday morning as she sat in her police vehicle.

The officer, 48-year-old Miosotis Familia, a member of the 46th Precinct, was sitting in a mobile command unit truck on East 183rd Street near Creston Avenue. According to police, a gunman approached the vehicle around 12:30 a.m. and fired a single round from a .38-caliber revolver through a passenger-side window, striking Familia in the head.

After the shooting, Familia’s partner radioed for assistance and two other NYPD officers chased the gunman on nearby Morris Avenue. The officers shot at the suspect after he drew his revolver, killing him, police said.

Police later identified the gunman as Alexander Bonds, 34, who had previously served two prison terms, for robbery and for selling drugs near a school.

O’Neill reported said that a bystander was struck by a bullet as police shot at Bonds, and is reported is in stable condition.

Despite attempts to save her life, the single mother of three – young twins, a boy and girl, and an older daughter – was pronounced dead at 3:37 a.m.

During a press conference at St. Barnabas, Mayor Bill de Blasio praised Familia, a 12-year veteran of the NYPD.

“I ask all New Yorkers to keep our officer and her family in your prayers and in your thoughts,” de Blasio said. “She was on duty serving this city, protecting people, doing what she believed in, and doing the job she loved.”

Before joining the force, Familia had worked as a nurse at NYU Langone Medical Center and later a medical assistant at the Red Cross.

Police are still investigating the actions of Bonds leading up to the shooting and his potential motive for the assassination-style attack.

O’Neill said the incident would only serve to strengthen the NYPD.

“As in every tragic situation, we take a look at it and we try to learn from it,” he remarked.

The incident, which came as the borough was still reeling from a shooting incident at Bronx-Lebanon Hospital one week prior that left one doctor dead and others seriously wounded, shook local residents.

“That seemed like a hit to me,” said Craig, who lives on 184th Street, shaking his head. “That man targeted her. I saw that officer just the other day.”

“It’s sad,” said Stephanie Figueroa, who lives around the corner from where Familia was shot. “I feel like this area has gotten worse.”

Some residents knew Familia from her time patrolling the neighborhood.

“She was a really sweet cop,” said a female Creston Avenue resident who declined to give her name. “She was always outside of her truck, and she would say ‘Good morning’ or ‘Good afternoon’ to everybody.”

The woman burst into tears as she recalled her past comments to Familia.

“I would always tell her, ‘Be safe,’” the woman said. “It hurts me that this happened. She had three kids.”

Julia Maduro, who owns a notary public and tax preparation business on Grand Concourse and lives a block away from the shooting, said she heard police sirens in the early morning and became worried after a neighbor told her someone had been shot, as her son had not yet returned home. She said that Independence Day celebrations also had the neighborhood on edge.

“People were setting off fireworks, and it’s hard to tell if it’s firecrackers or gunshots,” remarked Maduro.

Locals said the mobile command unit where Familia was shot was stationed on 183rd and Creston after three people were shot there in March.

“I actually started to feel safer lately since the police had more presence here,” said Jamie, who resides on Morris Avenue. “Then something like this happens. It makes no sense.”

Others said the increased police presence recently did little to improve their sense of security.

“Even though the police are around, we still don’t feel safe,” stated Maduro. “There’s just too much that goes on around here in terms of crime.”

“It’s what we deal with every day,” Figueroa said.

“Together we will all accomplish great things”

High hopes for a “Lowline” 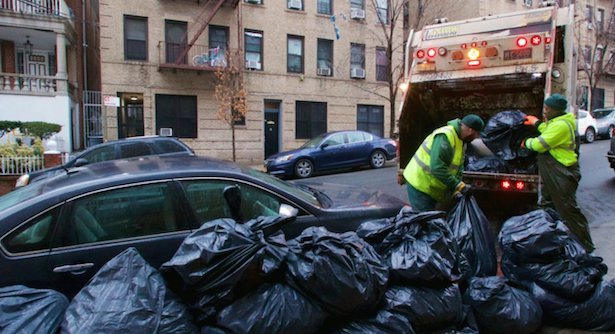