Basketball at Barnabas: A Winning Combination

By Student Shannon Mullen, Class of 2013

Member of the Social Media Club

Sometimes, a team’s record does not tell the true story of how a season unfolded. This is the case for the St. Barnabas High School basketball team during the 2012-2013 season. Nicknamed the Bears, the team had a series of close games that could have gone to either team. In fact, three games were lost by an average of 2.7 points, while other losses were by an average of only 7 points!

Although the team’s record shows more losses than wins, the season was very successful, according to Head Coach Margaret O’Brien.

“I do not think our record is reflective of the success that we had this year,” Coach O’Brien stated after the team’s final home game on February 13.

“We had some changes that we made in personnel and we were primarily a very young team. I think that the team gave an excellent performance and they always rose to the occasion.”

With a record of 4-11, the young team grew in leaps and bounds over the course of the season.

As Senior De-Lyn Britt proclaims, “The season was great. We had a young team but the more we practiced, the better we got.”

The Barnabas Bears young basketball team, in fact, was made up of six players in their first year of organized basketball. However, their youth and spirit will serve Coach O’Brien well in the future. Caitlin Thompson is one of those young freshmen players who matured as the season developed and became a standout player. “We are a brand new team,” Thompson said. “There are many freshmen on the team, we only have three seniors, but I think we came together and played to the best of our ability, and that’s all that matters in the end.”

As Coach O’Brien reflects on the season, she beams with pride.

As a Barnabas alum who starred on the basketball team when she attended the school, she knows that it takes many elements to build a basketball team.

“Personally, I am so proud of this team and their no-quit attitude.  More importantly, their conduct on the court and their sportsmanship was recognized by the officials and opposing coaches.  That said the St. Barnabas High School team exceeded the expectations and goals for this season.  They never gave up and in my book they are all winners!”

Perhaps Senior Ashley Fonseca put it best when she said, “”The season was great, I loved everyone I played with. We had some amazing games and we learned something new each day.”

St. Barnabas is a Catholic college preparatory school for young women located in the northeast section of the Bronx.

Learn more about St. Barnabas High School at www.StBarnabasHigh.com or on Facebook at http://www.facebook.com/stbarnabashigh. 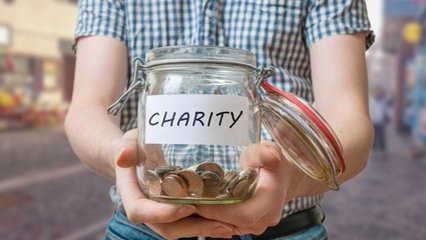