Posted by: Postmaster in Health, Local, News, Politics/government, Public Safety November 21, 2013 Comments Off on All in the name “Carolyn has been a tremendous icon for the South Bronx,” said State Sen. José Serrano.

A morning reception to rename the BronxWorks Community Center after retired Executive Director Carolyn McLaughlin became a well-deserved love fest for the woman who shaped BronxWorks’ growth and diversification over her 34-year career there.

Elected officials, the heads of New York City government offices, representatives of organizations that have partnered with BronxWorks, the BronxWorks board of directors and staffers crowded into the gym of the newly named Carolyn McLaughlin Community Center this past Thurs., Nov. 7th.

The event included the unveiling of a plaque with center’s new name affixed on the wall inside the entrance to the building.

“Over the years I’ve been in office, I’ve seen a number of non-profits,” said State Senator Serrano, “but none have been more professional than BronxWorks. Carolyn has been a tremendous icon for the South Bronx, and I thank her for the work she has done to help turn this community around.”

Deputy Borough President Greene agreed, noting, “I think I’ve been to every tribute for BronxWorks and Carolyn since I met her.  I remember when BronxWorks, then called Citizens Advice Bureau (CAB), started as a little two person storefront on the Concourse just north of Burnside Avenue.  Carolyn had such a great vision for the Bronx.”

Commissioner Michelle Ovesey noted that there has been a 72% drop in homelessness in the Bronx, largely due to the work of BronxWorks.  She singled out BronxWorks’ Homebase program, which works to find housing for people under the threat of eviction.  “Homebase interventions have cut shelter occupancy by half.  What goes on at BronxWorks is really very first rate.”

Bruce Philips, a BronxWorks board member who played a major role in the acquisition of the Community Center through a merger with the Girls Club of New York, recounted the history of the building, which was constructed in 1926, and then served successively as home for the Society for the Prevention of Cruelty to Children and then a facility of Young Men’s Hebrew Association (YWHA), before being acquired by the Girls Club to serve their youth programs.

The merger with the Girls Club was finalized in 1993.

“When Carolyn started, the operating budget for CAB was $50,000 a year. Now it’s more than $36 million for BronxWorks,” he pointed out.

BronxWorks now has 600 staffers and over 20 offices.

Stan Frelich, chair of BronxWorks’ finance committee, discussed the capital improvements campaign that will lead to repair of a badly deteriorated roof, improvements to the swimming pool and replacement of the boiler and elevator at the Community Center.  He gave thanks to the Office of Bronx Borough President Rubén Díaz, Jr.; former New York City Councilmember Helen Diane Foster; and the Russell Grinnell Fund for securing seed money to start the $2.1 million capital improvements campaign.  He noted more funds needed to be raised in order to complete the planned renovation projects.

In turn, McLaughlin credited a dedicated and loyal staff that, she said, enables BronxWorks to serve more than 35,000 vulnerable people a year.  She cited a number of “firsts” for BronxWorks, including the first organization to offer free legal and immigration services, the first provider of HIV/AIDS services in the South Bronx. She was visibly moved by a standing ovation from the audience.

A highlight of the morning program was a testament earlier from one of the people whom BronxWorks has assisted, 18-year-old Travis Reyes.  He recounted how he was referred to BronxWorks’ Arches mentoring program following involvement in the criminal justice system.

“While in the Arches program, I attended workshops to learn how to communicate and deal with conflict, and worked with a mentor to discuss my day-to-day obstacles feeling and accomplishments.”

Since he had dropped out of high school in the 10th grade, he was also referred to BronxWorks’ Excel program for services leading up to a high school equivalency diploma.  “I knew that I needed to further my education in order to be successful,” he said.  Following some setbacks, he eventually acquired a GED and is scheduled to start college in January.

“My experience at BronxWorks has been great,” said Reyes. “I am thankful for the friends I have made, the services I received and the ongoing support from the program staff.”

Previous: Marching against a rule out of step 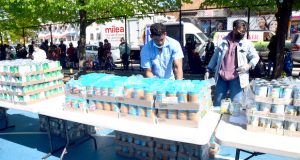 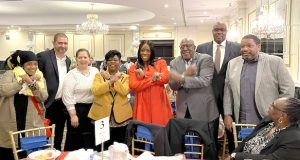 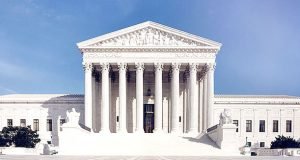