“We are working hard for you,” declared the Cardinal.

Located about 70 miles outside of New York City, the Catskill Mountains county is home to 74,000 residents. In 1969, it served as the site of the Woodstock Festival, during which thousands of music-lovers flocked upstate over three days to embrace an ethos of love and care.

While Thursday’s gathering was decidedly smaller than the epic concert, it seemed to generate no less a fraternal spirit as Dolan, who was joined by Catholic Charities’ Executive Director Monsignor Kevin Sullivan and other members of the organization, spoke emphatically of their backing of the Farmworkers Fair Labor Practices Act.

“I definitely support the law,” said Dolan. “These are issues of respect and dignity towards one another.”

“We are here in support of the rights of these workers,” added Sullivan.

The bill looks to address issues such as worker protections, overtime pay, public health protection and employer contributions to workers’ compensation and unemployment funds and would afford greater rights for over 100,000 migrant farm workers throughout New York State, which boasts a powerful agricultural industry.

In 2012, it was estimated that the total value of agricultural products in the state was nearly $6 billion, which included harvested crops such as Long Island grapes and Hudson Valley apples.

Advocates explained that the workers are largely male migrants who leave behind their families and travel from Mexico, Guatemala and other Central American countries for seasonal employment in the fields. They are often subject to unfair labor practices which include insufficient pay and excessive work schedules.

“Too many workers are working long hours,” said Kevin Fernández, a member of the Farmworkers Community Center. “The farmworkers, who come with or without visas, some undocumented as well, have come to work and make wages that few people in New York would work for.”

Some workers are up as early as 4 a.m. during the summer and will work until the evening with no breaks save for an occasional short lunch, he said.

“On top of that, they’re traveling to different areas for hours for work each week,” he added. “These workers are making a minimal amount of money for the work they’re doing.”

The proposed legislation discussed in the upstate setting has uptown ties.

The bill is sponsored by Senator Adriano Espaillat in the Senate, and is supported by a host of legislators from Northern Manhattan and the Bronx, including Sens. Gustavo Rivera and Rubén Díaz, Sr. They are part of a group of 28 Democratic sponsors in the Senate who have signed on, as are also five Republican Senators who sit in the body’s Labor Committee.

“Farmworkers are directly responsible for feeding all of us. The least we can do is make sure they are treated in a humane way,” argued Espaillat in a statement. “This legislation …will provide critical protections to farmworkers, helping safeguard their well-being without harming production at New York’s farms.”

The Democratic-led Assembly has backed the bill and Governor Andrew Cuomo has pledged to sign it should it reach his desk.

Other supporters include the Hispanic Federation, the AFL-CIO, NYCLU, and Rural and Migrant Ministries.

But in the Senate, where the Republican Senators are in the majority, the bill has faltered – despite the vocal and visible advocacy of backers such as Dolan, who has visited the state capital to press for its passage.

Senate Majority Leader John Flanagan, who represents Long Island, had previously sponsored the bill, and there is hope he will sign on again.

“Myself and brother bishops from the state believe this enhances the dignity of workers in the field,” explained Dolan.

The workers in attendance agreed that they lacked basic rights afforded most others.

“We have no sick time or time off,” said Cándido, a migrant from Mexico who declined to give his last name.

“There is no [job] security either,” he added. “At any moment, we could be let go and have to travel to find new work.”

Dolan said the commitment to ensuring workers are afforded greater rights was driven by a moral imperative.

Fernández agreed that the issue had universal impact.

Stash Grajewski, Director of the Farmworkers Community Center, said it would require concerted efforts to raise awareness, and insisted that the work protections being debated for farmworkers were ones presumed as standard employment practice in other industries.

“When you work you have your break, you have your lunch,” said Grajewski. “Here are these workers who aren’t even given a single sick day.”

“We’re calling on all New Yorkers to support this legislation and support their farmworkers,” he said.

Dolan said he would continue to engage legislators – on both sides of the aisle – to move on the legislation.

Power of the Pioneer
Poder Pionero 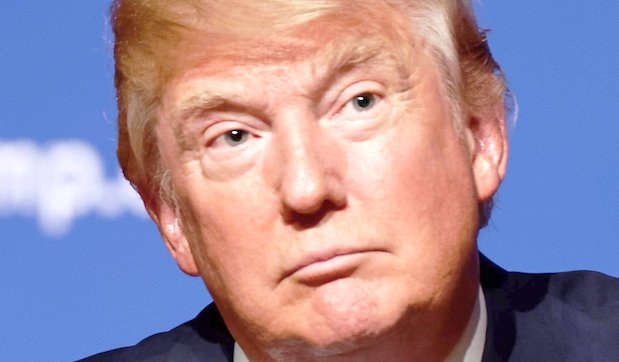